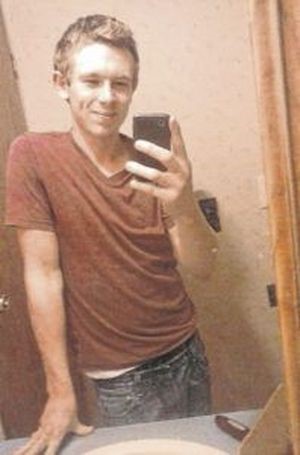 Last week, Bartholomew County Sheriff’s Office, along with Jennings County deputies, Indiana State Police, and the FBI were searching a Jennings County field, looking for clues into the disappearance of 25-year-old Joseph Ross.
Authorities have been searching Ross since he went missing on May 31, 2018.
Police say Ross was involved in a domestic dispute with his fiance in Brownstown before he disappeared. He was picked up from Brownstown by his friend and taken to the Columbus home.
Brian Ross, his father, says Joseph was afraid he would be going to jail because of the domestic dispute.
Ross was last seen around 8 p.m. entering a wooded area on County Road 250 East and Cliffy Creek at Amberley Addition in Columbus with a friend’s 12-gauge shotgun. He has not been seen since.
Ross is 5′ 10″ and weighs between 135 and 145 pounds, has blond hair, hazel eyes and was last seen wearing blue jeans and a green O’Reilly’s Auto Parts T-shirt when he disappeared. He did not take his cell phone.
If you have any information contact, Detective Terry Holderness with the Bartholomew County Sheriff’s Office at 812-565-5927. You can also call the sheriff’s department Tip Line at 812-379-1712 Tips can be left anonymously.