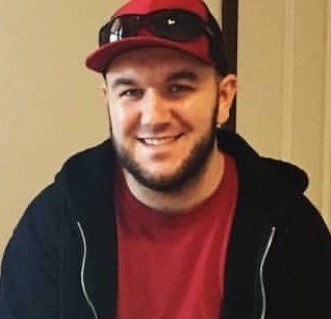 Piper says Cox died from smoke inhalation. He is survived by his wife Aubrey Frazier Cox and their two children Addison Grace Cox and Anthony James Cox Jr. He was a diesel mechanic at Cummins in Columbus.
Brown County Sheriff deputies were called to the secluded gravel county road in Yellowwood State Forest just before 8 a.m. on December 28 after a report a vehicle fire and the car was still smoldering.
Six hours before the car was found, police say a resident reported that a blue Kia had traveled through their yard in the 2800 block of T.C. Steele Road struck a carport and continued southbound without stopping. A Kia grill emblem and from the vehicle was left at the scene.
Police searched for the vehicle but was unable to locate it. Police say they believe it was the same vehicle Cox was driving but because of the extensive fire damage, police cannot be 100 percent sure.
According to the State Fire Marshal, the fire started in the engine compartment and sprsays to the rear making it difficult for Cox to get out of the car.
Cox’s wife reported her husband missing the evening of Dec. 29.
Piper says DNA collected from his mother and two children were used to identify Cox.