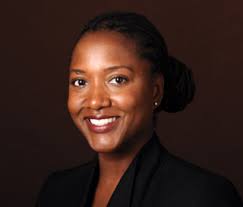 The celebration begins with a reception at 6 p.m. followed by a program at 7 p.m., featuring keynote speaker Janai S. Nelson, Associate Director-Counsel of the NAACP Legal Defense and Educational Fund, Inc., the country’s first civil and human rights law organization. Additionally, members of the MLK Commission and Mayor Hamilton will offer greetings and remarks along the program’s theme, “Making Real the Promise of Our Democracy.”
The program will feature musical performances by the Indiana University African American Choral Ensemble (directed by Dr. Raymond Wise) and Fairview Elementary School students. Volunteers who participate in “A Day ON! Not A Day Off” will be recognized and the winner of the Commission’s Legacy Award will be announced. Both the program and reception, which will feature light refreshments, are free and open to the public. Opportunities to volunteer and a list of activities scheduled for the Martin Luther King Day of Service are posted at www.bloomingtonvolunteernetwork.org/mlk.
“This holiday commemorates a pioneering civil rights leader, while at the same time prompting us to follow Dr. King’s example by taking action to promote social justice,” said Hamilton. “I encourage all of our residents to take this opportunity to reflect on Dr. King’s powerful legacy and recommit to furthering it.”
Major event underwriters include the City of Bloomington Community and Family Resources Department, Indiana University, Office of the Vice President for Diversity, Equity and Multicultural Affairs, Lola B. Debro and Family, WFHB and WFIU. Event sponsors include Cook Inc., Ivy Tech Community College, Old National Bank, the Spiritual Assembly of the Baha’is of Bloomington and the Monroe County Board of Commissioners and Human Rights Commission.
About the keynote speaker: Associate Director-Counsel of the NAACP Legal Defense and Educational Fund, Inc., Janai S. Nelson is also one of the lead counsel in Veasey v. Abbott, a federal challenge to Texas’s voter ID law. Previously, Nelson was Associate Dean for Faculty Scholarship and Associate Director of the Ronald H. Brown Center for Civil Rights and Economic Development at St. John’s University School of Law where she was also a full professor of law. Prior to joining St. John’s faculty, she was a Fulbright Scholar at the Legal Resources Center in Accra, Ghana.
Ms. Nelson received the 2013 Derrick A. Bell Award from the American Association of Law Schools (AALS) Section on Minority Groups and was named one of Lawyers of Color’s 50 Under 50 minority professors making an impact in legal education. She began practicing law as the 1998 recipient of the Fried Frank NAACP LDF Fellowship, following federal district and appellate court clerkships. She later became Director of LDF’s Political Participation Group, overseeing all voting related litigation and matters, litigating voting rights and redistricting cases, and working on criminal justice issues. She has appeared in various media as an expert on race, civil rights, constitutional law and election law, and regularly speaks at conferences and symposia nationwide.