(INDIANAPOLIS) – The Board of Directors of the International School of Indiana (ISI) has named Elizabeth Head as the third Head of School and the first female head in the school’s 25-year history.

Head joins the ISI staff with more than 20 years of international experience and bilingual leadership, building on ISI’s mission to prepare their students for the world stage through a culturally immersive education. 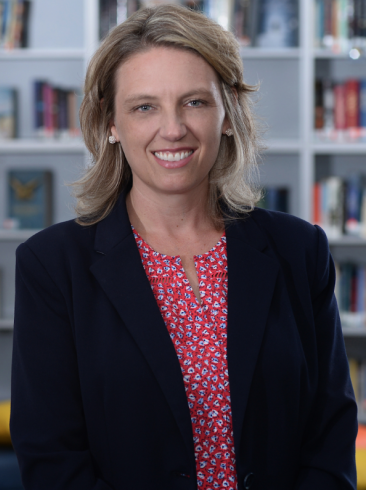 “I believe that education is the development of integral human beings as a whole – not simply focusing on the mind of a child, but also giving equal priority to their social, emotional and physical development,” Head said. “I intend to deploy that educational philosophy in my new role at ISI and expand on the school’s commitment to ensuring all students have a well-balanced education.”
A native of Colorado, Head’s most recent role was the general director of the Pan-American School in San Antonio de Belen, Costa Rica, a private, international, bilingual school, offering the full International Baccalaureate Programme, of approximately 600 students from 18 months to grade 12 in the Central Valley of Costa Rica. She was also the school’s vice principal of primary and pre-school. Before joining the Pan-American School, Head was the co-owner, co-founder and general director of the Lighthouse International School in Guachipelin, Costa Rica.
Head’s plans for her first 100 days in her new position include a listening tour targeting various constituencies, including ISI families and faculty. Her tour experiences will inform the creation of a new multi-year strategic plan for the school that will establish goals for academic performance, business operations, and other vital areas.
In the long term, she will also work to reunite the school on the Michigan Road campus through a fundraising campaign for a new Lower School facility, continue to recruit faculty from around the world and increase enrollment in both the Lower and Upper Schools. She will succeed the school’s second Head of School, David Garner, who retired in June of this year.
“We are pleased to introduce Elizabeth Head to the International School of Indiana and central Indiana communities,” Board Chair Scott Weaver said. “Raised in Colorado, but bringing more than 20 years of international experience and bilingual leadership, Elizabeth will help us to unify our campuses, continue our strong academics and take our school into its new chapter after 25 years and build our school for the next 25.”
About International School of Indiana
Founded in 1994 by state leaders, International School of Indiana is the only school in central Indiana offering all enrolled students access to certified full-continuum International Baccalaureate (IB) programming and language immersion opportunities in three languages. ISI has nearly 600 students, 3-year-old through High School, and is known for its distinctive education. Over the school’s 25-year history, 14 graduating classes totaling more than 400 graduates have left the school prepared to be responsible citizens and effective leaders in a rapidly globalizing and interdependent world.