(BEDFORD) – A Bedford man was arrested on a charge of battery on Saturday. 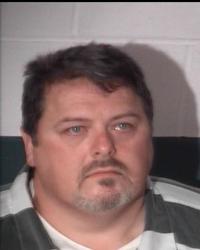 According to Bedford Police Chief Terry Moore, 46-year-old Alvin Strunk was arrested on a warrant from an October 2018 case. At the time of this incident, Strunk served as the Title I behavioral specialist at Lincoln Elementary School. Strunk resigned from his position on Oct. 25.
“This incident occurred at Lincoln school involving a school employee and a student,” Chief Moore added. “School staff was dealing with a student who was causing a disturbance with another student and he was told to sit on a bench. He became abusive towards them and refused to walk to the school office.”
Chief Moore says a video showed Strunk drag the 6-year-old boy by the arm while the student was on his knees for a distance until another staff member noticed the situation and stepped in to stop Strunk.
“The student was carried from that point per the NLCS training plan,” says Chief Moore.
Strunk is facing a charge of battery on a person less than 14-years-old.
He posted a $755 cash bond Monday and was released from jail.