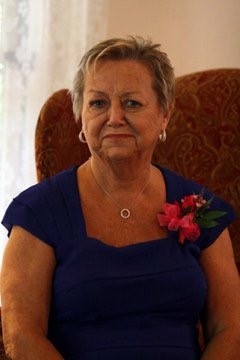 May 16, 1940 – July 27, 2018
Priscilla Ann Harrell, 78, of Bedford, went home to be with the Lord on Friday, July 27, 2018 at I.U. Health Bloomington Hospital.
Born May 16, 1940 in Lawrence Co., she was the daughter of Clyde and Laverne (Wilkerson) Grubb. She married
Ronald “Max” Harrell who preceded her in death on April 11, 2011. She was a former artwork framing specialist, and
a member of the First Assembly of God Church. She loved traveling and tending to her flower garden. Her family,
especially her grandchildren, brought her great joy.
Survivors include two daughters, Pamela Walton and husband, Dave, of Bloomington and Kelly Talbott, of Palm
Harbor, FL; a son, Ronnie Harrell, and wife, Deanna, of Bedford; three grandchildren, Michael Sanders, Keri
Marques and husband Kevin, Kasey Matthewson and husband Kevin; four great grandchildren, Tyler Sanders,
Karsen Talbott, Kyle Marques, and Kaden Marques; nieces and nephews, Bobbi Haverly and husband Steve, Brian
Slinkard and wife Tina, Brent Slinkard, Heidi Haverly, Holli West and husband Gary, Rylan West, and Brinley West; as
well as other nieces and nephews.
She was preceded in death by her parents, her husband, and a sister, Wanda Starr.
Funeral services will be conducted at 11 a.m. on Tuesday, July 31st at the First Assembly of God Church with
Pastor Bill McKee officiating. Burial will follow in Cresthaven Memory Gardens. Visitation will be from 4 p.m. until 8 p.m. on Monday July 30th at the Day & Carter Mortuary, and from 10 a.m. until the hour of service on Tuesday at the church.
Family and friends may express condolences at www.daycarter.com.
Julie Reuter – Bedford 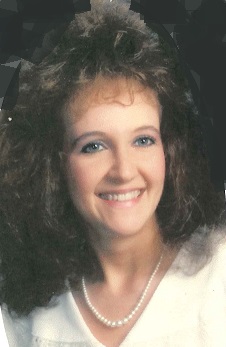 November 19, 1968 – July 27, 2018
Julie Reuter, 49, of Bedford, died Friday, July 27, 2018 at her residence.
Born November 19, 1968 in Lawrence Co., she was the daughter of Lyle and Peggy (Smith) Reuter. She was a
nurse.
Surviving is a son, Kyle Olvis, of Bedford.
Funeral services will be conducted at 2 p.m. on Tuesday, July 31st in the Elmwood Chapel of the Day & Carter Mortuary with Pastor David Ferry officiating. Visitation will be from 11 a.m. until the hour of service on Tuesday, July 31st at the Day & Carter Mortuary.
Family and friends may express condolences at www.daycarter.com.
Kenneth R. Lackey – Princeton
December 30, 1945 – July 27, 2018
Kenneth R. Lackey, 72, of Princeton, formerly of Mitchell, died July 27, 2018 at his residence.
Born December 30, 1945 in Mitchell, IN, he was the son of Lynuel and Zora (Mitchell) Lackey. He retired as a
millwright working out of Local #1080. He was a member of the Princeton Eagles, V.F.W., and American Legion. He
was a veteran of the U.S. Army serving during the Vietnam War as a Sea Bee. He loved fishing, 4-wheeling, and
hunting.
Survivors include a daughter, Blonie Renea Lackey, of Princeton; two sons, Kenneth Lackey, of Mesquite, TX and
Derek Lackey, of TX; a grandson, Andrew Fitzsimmons; a sister, Shirley Blevins, of Bedford.
He was preceded in death by his parents and a brother, Benny Lackey.
A memorial service will be conducted at 2 p.m. on Wednesday, August 1st in the Elmwood Chapel of the Day & Carter Mortuary. Visitation will be from Noon until the hour of service on Wednesday, August 1st at the Day & Carter Mortuary.
Family and friends may express condolences at www.daycarter.com.
Lois Tharp – Shoals
March 21, 1944 – July 28, 2018
Lois Tharp, 74, of Shoals, passed away at her residence at 4:35 a.m. on Saturday, July 28, 2018.
She was born March 21, 1944 in Letcher County, KY to Riley and Clearinda Miles. She married Charles Tharp in
Clintwood, VA in December of 1962. She was previously employed by Perfect Fit in Loogootee and was a member of the Shoals Nazarene Church.
She is survived by Julie Tharp of Shoals, Tammy (Robbie) Goldsberry of Shoals; one son, Charles “Tony” (Mary) Tharp of Shoals; sisters Jean Sandlain of Kentucky, Annalee Maggard of Kentucky, Rosalee Earl of Shoals, and brothers, Riley Miles Jr. of Kentucky, and Danny Miles of Kentucky. Twelve grandchildren and thirteen great-grandchildren also survive.
She is preceded in death by sisters, Jenette Fields, Shirley Jarret, Elva Brown and brothers, Arnold Miles, Richard Miles and Arvil Miles.
Funeral services will be 1 p.m. Wednesday, August 1, 2018 at the Queen-Lee Chapel in Shoals with Brother Kevin Quinn officiating. Burial will be in the Spring Hill Cemetery. Visitation will be 11 a.m. until the time of service on Wednesday.
The Queen-Lee Chapel of the Thorne-George Family Funeral Homes is in charge of the arrangements.