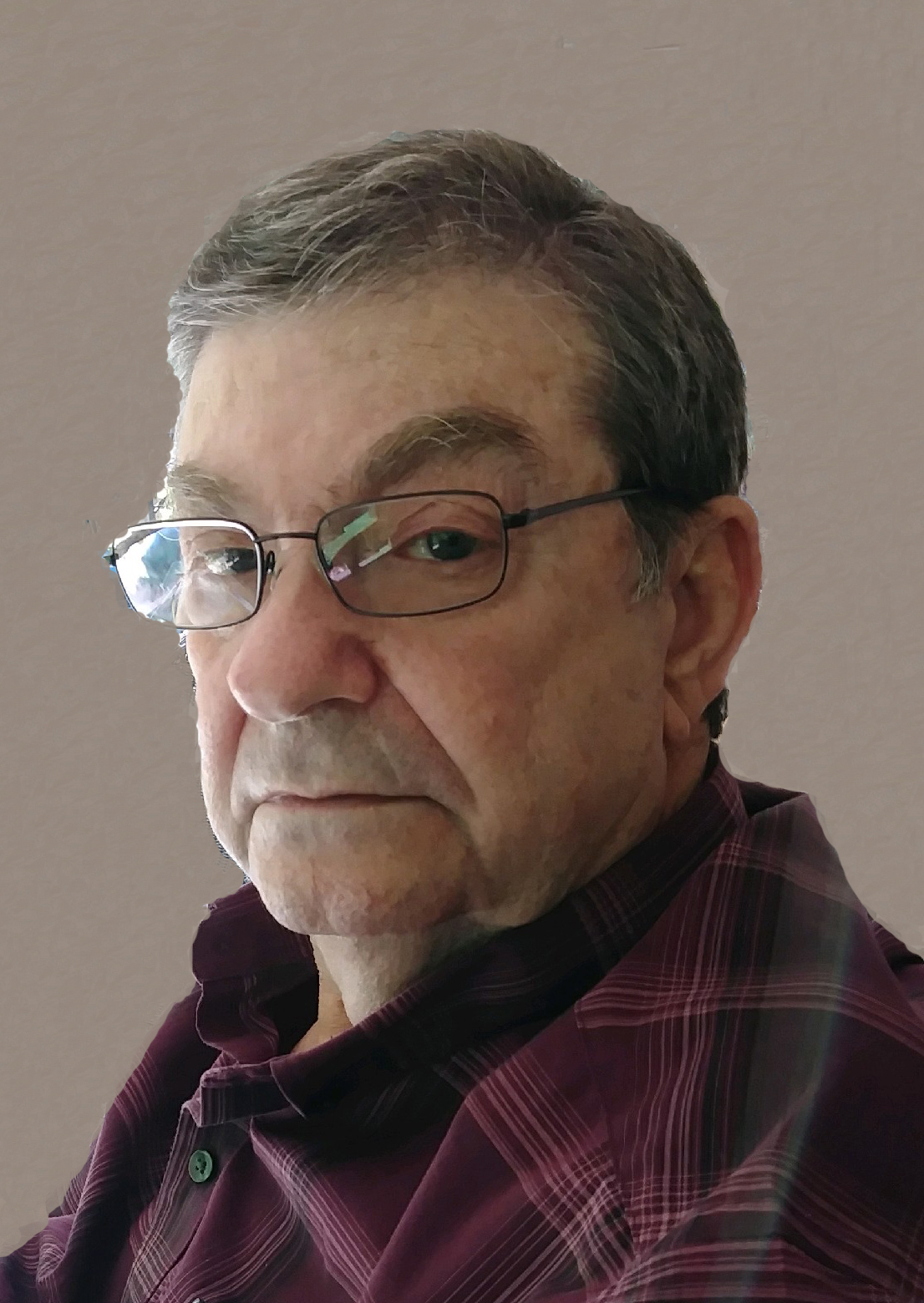 March 15, 1941 – July 13, 2018
William Odis “Bill” King, 77, of rural Mitchell (Huron), has finished his journey on earth this day, July 13, 2018.
Bill was born at Bryantsville on March 15, 1941, the oldest son of Charles William and Virginia Mae (Atchison) King. He married Sharon K. Rollman August 21, 1968. Bill grew up on Kings Ridge where he was taught the true meaning of love for family, friends, and God. You would never meet a more kind or gentle man who loved people. He enjoyed a good conversation, especially about hunting and guns.
Bill was a member of the Fairview Church of Christ. He served several years on the board of the Port Williams Cemetery Association and was a lifetime member of the NRA. He was a graduate of Huron High school, the Class of 1959.
There wasn’t much Bill couldn’t do with his hands. He was artistic and played guitar. He retired from the City of Bedford. Through his life he has farmed and was an over the road truck driver.
He left behind his loving wife, Sharon; sons, Mark Odis King (from a previous marriage) of Mitchell, Trent William (Kimberly) King of Mitchell, and Toby Charles (Heidi) King of Mitchell; grandchildren, Master Sergeant Odis King, USAF, stationed in Spain, William Zachary Dee (Crystal) King of Bedford, Olivia Grace King of Louisville, Kentucky; step grandchildren, Corbin and Cadie Haley; and soon to be great grandson, William David “Liam” King; Bill’s siblings, Michael L. (Sheila) King of New Albany, Mississippi, Carolyn Sue (Fred) Lovelace of Harrisburg, Michigan, Martha L. “Boo” (Tim) Row of Huntsville, Alabama, Vonda M. King, of Bonham, Texas, and Vicki L. (Donnie) Lovelace of Rochester Hills, Michigan; stepsister, Arvetta Rosenbaum of Bedford; and uncle, Marvin (Patty) Atchison of Bedford.
His parents, Charles and Virginia; son, Trevor D. King; granddaughter, Crystal Nicole King; infant sister, Shirley Ann King; and brother, Hilliard W. King, preceded Bill in death.
Funeral service will be at 3 p.m. Monday, July 16, in the Memorial Chapel of Chastain Funeral Home & Cremation Center with his brother, Mike, officiating. Final place of rest will be Port Williams Cemetery. Friends may call from 1 p.m. until the service on Monday at the funeral home.
The best way to honor and remember my Billy is to do something kind for someone each day.
If you feel you want to donate, please consider the Lawrence County Cancer Patient Services.
Condolences may be sent to the family at www.chastainfuneralhome.com
Terry Dale Hamilton – Bloomington
July 23, 1952 – July 10, 2018
Terry Dale Hamilton, 65, of Bloomington, died Tuesday, July 10, 2018 at his residence.
Born July 23, 1952 in Greene Co., he was the son of Oval and Ethel (McDonald) Hamilton. He was a tree trimmer.
Survivors include a daughter, Ginger Riley and husband, Bill, of Williams; three grandchildren, William, John
Edward, and Jase Riley.
He was preceded in death by his parents, a sister, Shirley Cox; a brother, Donald Hamilton; a daughter, Angela Hamilton.
Graveside services will be conducted at 1 p.m on Monday, July 16th at the Walnut Grove Cemetery in Greene
County.
Family and friends may express condolences at www.daycarter.com.
Robert E. Jones – Bedford
April 2, 1931 – July 12, 2018
Bedford – Robert E. Jones, 87, of Bedford, died at 2:23 a.m. on Thursday, July 12, 2018 at his residence.
Born April 2, 1931, in Sullivan Co., IN, he was the son of William Harvey and Etta Mae (Bond) Jones. He married
Alberta R. Conley on November 21, 1951 and she survives.
Survivors include his wife, Alberta, of Bedford; a daughter, Angi Jones, of Bedford; two sons, Steve Jones (Gwen
Weathers), of Bloomington and Robert W. Jones (Kay), of Bedford; Annette Jones, of San Antonio, TX; three
grandchildren, Courtney Jones, of Hartford City, IN, Robert W. Jones, II, of Houston, TX, and Samantha Jones, of
Galvaston, TX.
He was preceded in death by his parents and a son, Douglas Alan Jones.
A celebration of life will be scheduled at a later date.
Family and friends may express condolences at www.daycarter.com.
David Mitchell – Shoals
March 27, 1946 – July 11, 2018
David Mitchell, 72, of Shoals, passed away at 9:53 p.m. on July 11, 2018 at his residence.
He was born March 27, 1946 in Bedford to Robert and Ruth (Puckett) Mitchell. He married Agnes Hovis on March 8, 1968 in St. Johns Catholic Church in Loogootee and she preceded him in death on December 15, 2001.
He was a member of Shoals United Methodist Church, the Sons of the American Legion and retired from the U.S. Gypsum Corporation in 2009. He was an avid hunter, fisherman and was a knife collector.
Survivors are, one daughter, Vicki (David) Mitchell Klyczek of Greencastle; two grand-daughters, Miranda Mitchell of Shoals, Savannah Klyczek of Jamestown; two sisters, Phyllis (Donald) Witt of Shoals, Elizabeth Kay (Pete) Gibelyou of Springville; several nieces, nephews and cousins also survive.
He is preceded in death by his parents, wife and a brother, Phillip Mitchell.
Services will be held at 3 p.m. Saturday at the Queen-Lee Chapel in Shoals with Pastor Marty Evans officiating. A private graveside service will be held at a later date in the St. John Cemetery in Loogootee. Visitation will be 11 a.m. until the time of service on Saturday.
The Queen-Lee Chapel of the Thorne-George Family Funeral Homes is in charge of the arrangements.