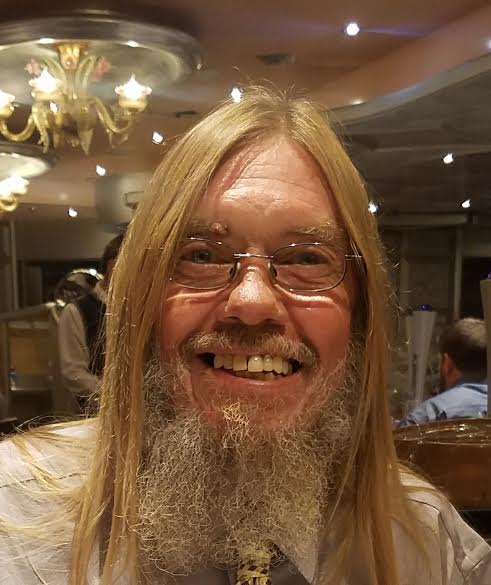 March 3, 1956 – June 24, 2018
Jack L. Terry, 62, of Oolitic, passed away Sunday, June 24, 2018 surrounded by his wife, Rebecca, daughter, Amanda Mitchell and her husband, Scott, and daughter, Lindsey Gerkin and her husband, Kyle.
He had four grandchildren, Gracyn and Dalton Ritchison and Jacob and Eli Mitchell.
He was the youngest of ten children, Bob (Mary Ann) Terry, Jim Terry, Marilyn Sue “Susie” (Terry) Taylor, Mary Ann Terry, all preceded him in death. Shirley (Jim) Lewis, Ralph (Shirley) Terry, Tom (Lynn) Terry, Randy (Annell) Terry, Kenny (Marty) Terry, all survive.
Jack loved all things outdoors, and he was never seen without a cup of coffee or a big smile. He enjoyed gardening and his many flower beds, his German Shepherd, Hank, and all the many cats that showed up on his porch that he fed. He also was a fantastic cook, and no one could make fried chicken, mashed potatoes, and green beans better than him. He adored his family whose hearts are broken but look forward to the day they will see him again.
The visitation will be Thursday, June 28th from 2 p.m. until 8 p.m. and the funeral Friday, June 29th at 11 a.m., both held at Hillcrest Christian Church. He will be laid to rest at the Old Union Cemetery in Fayetteville.
Family and friends may express condolences at www.daycarter.com.
Cathy Nikirk – Bedford
February 5, 1955 – June 25, 2018
Cathy Nikirk, 63, of Bedford, died Monday, June 25, 2018 at her residence.
Born February 5, 1955, in Lawrence Co., she was the daughter of Robert and Mildred (Vanwinkle) Nikirk.
Survivors include a brother, Billy Nikirk and wife, Christina Lynn, of Bedford; a niece, Breanna Nikirk, of Bedford.
She was preceded in death by her parents.
Funeral services will be conducted at 2 p.m. on Thursday, June 28th in the Elmwood Chapel of the Day & Carter Mortuary. Burial will follow in Green Hill Cemetery. Visitation will be from 11 a.m. until the hour of service on Thursday, June 28th at the Day & Carter Mortuary.
Family and friends may express condolences at www.daycarter.com.