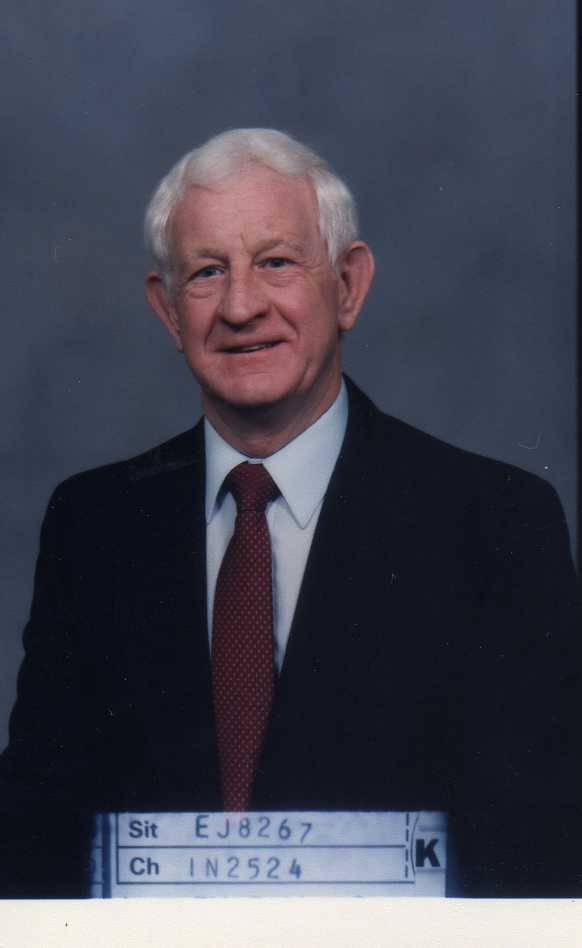 November 13, 1931 – November 26, 2017
Howard (“Wayne”) Crawford, 86, passed away at Our Hospice of South Central Indiana in Columbus on Sunday, November 26, 2017.
Born November 13, 1931 in Lawrence County, Wayne was the son of Orin L. and Mary (Flynn) Crawford and was a direct descendant of pioneer Jacob Flinn who numbered among the first settlers in Leesville. Following graduation from Shawswick High School in 1950, Wayne worked for Avco Corporation in Richmond, Indiana. In January 1951, he enlisted in the U.S. Navy where he was stationed at the Naval Amphibious Base, Little Creek in Norfolk, Virginia. Towards the end of his naval tour, he served as the chaplain’s assistant on the USAT General Harry Taylor, which transported military troops and civilians between Staten Island, NY and Bremerhaven, Germany. He was honorably discharged on January 14, 1955 obtaining the rank of Yeoman Third Class. He was a member of New Hope Christian Church.
Wayne married Carmen Jo Stafford on November 24, 1955, Thanksgiving Day, at Pinhook Christian Church. In April 1959, Wayne joined Rexham Corporation in Edinburgh, Indiana and worked his way through the ranks at Rexham, becoming production supervisor in 1965, quality control supervisor in 1972 and production manager in 1978. He retired from Rexham when the plant was sold in 1989. Wayne then joined GenCorp Automotive in Shelbyville, Indiana in November 1989 where he worked as quality control technician until his retirement in April 1998.
During his retirement, he continued to spend time on his numerous hobbies which included gardening in the summer and working on various woodworking projects including muzzleloaders and violins. Most of all he enjoyed spending time with his grandchildren and watching sporting events.
He is survived by daughters, Mechael Dawn (Gary) Charbonneau of Bloomington and Nicole Beth (Danny) Hollander of Brown County; grandchildren John Crawford Gage of Bloomington, Jessica Nicole Gago of Portland, Oregon, and twins, Abigail Rose and Aubrey Mechael Hollander of Brown County; sister Katherine Louise Horner of Bedford; sister-in-law Deanna Beth (John) Moore of Bedford; and numerous nieces and nephews.
He was preceded in death by his wife on March 10, 2012; parents; brothers, David Curtis Crawford and Donald Ralph Crawford; and sister, Elma Mae Stevens.
Funeral service will be at 11a.m. on Thursday at Ferguson-Lee Chapel of Thorne-George Family Funeral Homes with John Sichting of New Hope Christian Church officiating. Burial will follow in Pinhook Christian Church Cemetery with military rites accorded by members of American Legion Gillen Post No. 33. Friends may call from 4 p.m. until 8 p.m. on Wednesday at the Ferguson-Lee Chapel in Bedford.
Memorial contributions may be made to the Lawrence County Art Association and Our Hospice of South Central Indiana.
James Riley New – Bedford 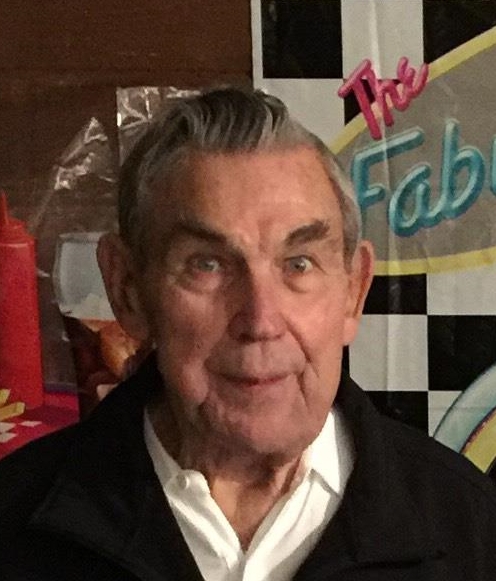 May 22, 1923 – November 24, 2017
James Riley “Junebug” New, 94, of Bedford died at 2:55 a.m. on Friday, November 24, 2017 at St. Vincent Hospital in Indianapolis.
Born May 22, 1923 in Lawrence Co., he was the son of James Riley New and Fannie (Harvey) New. He resided on Peerless Road for over seventy years. He was a graduate of Oolitic High School. James married Edith Viola Anderson on May 10, 1942 and she preceded him in death on September 9, 2013.
He was an active member of the Free Methodist Church, holding many positions including Sunday School Superintendent and Teacher. He was also a member of the Masonic Lodges in Oolitic and Brownsville, TX, the American Legion in Bedford and Texas, the Disabled American Veterans, and V.F.W. in Bedford and Texas. He retired from NWSC Crane and was a veteran of the U.S. Navy serving during WW II. He enjoyed hunting, fishing, gardening and was proud of his berries, grapes, and persimmons. He enjoyed spending winters in Texas
Survivors include three daughters, Rebecca V. Wagner of Manhattan, KS, Noretta K. Abel and husband, Garrett Wayne, of Calvert City, KY, Mary Fann New, of Bedford; ten grandchildren; twenty-five great grandchildren and twenty-three great great grandchildren.
He was preceded in death by his parents, his wife, a son, Jackson Wayne “Jack” New; four brothers, Fredrick (Teddy), Clifford, Donald (Donnie), and Charles Robert (Bobby) New; a sister, Jewel Anne New.
Funeral services will be conducted at 1 p.m. on Saturday, December 2nd in the Elmwood Chapel of the Day & Carter Mortuary. Entombment will follow in Cresthaven Memory Gardens where military rites will be accorded by members of the Gillen Post #33 American Legion. Visitation will be from 4 p.m. to 8 p.m. on Thursday, November 30th and from 4 p.m. to 8 p.m. on Friday, December 1st and from 11 am until the service hour on Saturday, December 2nd at the Day & Carter Mortuary. A Masonic service will be conducted at 7 p.m. on Thursday, November 30th at the mortuary.
Family and friends may express condolences at www.daycarter.com.