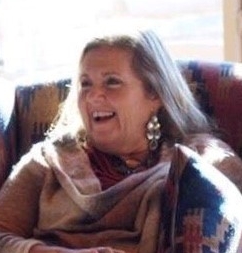 December 12, 1961 – October 21, 2017
Suzan Lynn Kintz, 55, of Bedford, passed unexpectedly on Saturday, October 21, 2017 which came as a shock to family, friends, BNL students and staff, and the Limestone Café.
She was a guest and provided desserts, with her youngest daughter and son-in- law, at the wedding of DJ and Caycee Wright, when she suffered an apparent heart attack and was gone. Suzan, the daughter of Lou and Stell Mezie, was born in Honolulu, HI on December 10, 1961. She married Joseph David Kintz on November 14, 1984.
Suzan is survived by her parents; her husband; four daughters Tiffani Sue Wachtman (Eric), Heather Marie Arthur (Nick), Jessica Lynn Cook (Chad) and Michelle Nicole Smale (Kegan); one sister Wendi Mullis (Kevin); one brother Michael Mezie (Tandi). She took great pride in her eight grandchildren; Justin (15), Katelyn (11), Matthew (10), Kaden (10), Grayson (6), Izzy (2), Madelyn (2), and Kayleigh (1).
She not only worked as security at BNL for several years, she impacted many students by purchasing prom dresses for some, sitting with students who had little to no friends, and encouraging kids to stay in school. She was known by many as an excellent cook who made desserts for events, provided meals for many people, and worked at Limestone Café. She also volunteered for Celebrate Recovery through the Free Methodist Church.
A celebration of life will be held from 1 p.m. to 4 p.m. on Saturday, October 28 th at the Bedford North Lawrence main gymnasium. In lieu of flowers, the family asks that friends consider contributions be made to the Bedford North Lawrence Scholarship Foundation in memory of Suzan.
Family and friends may express condolences at www.daycarter.com.