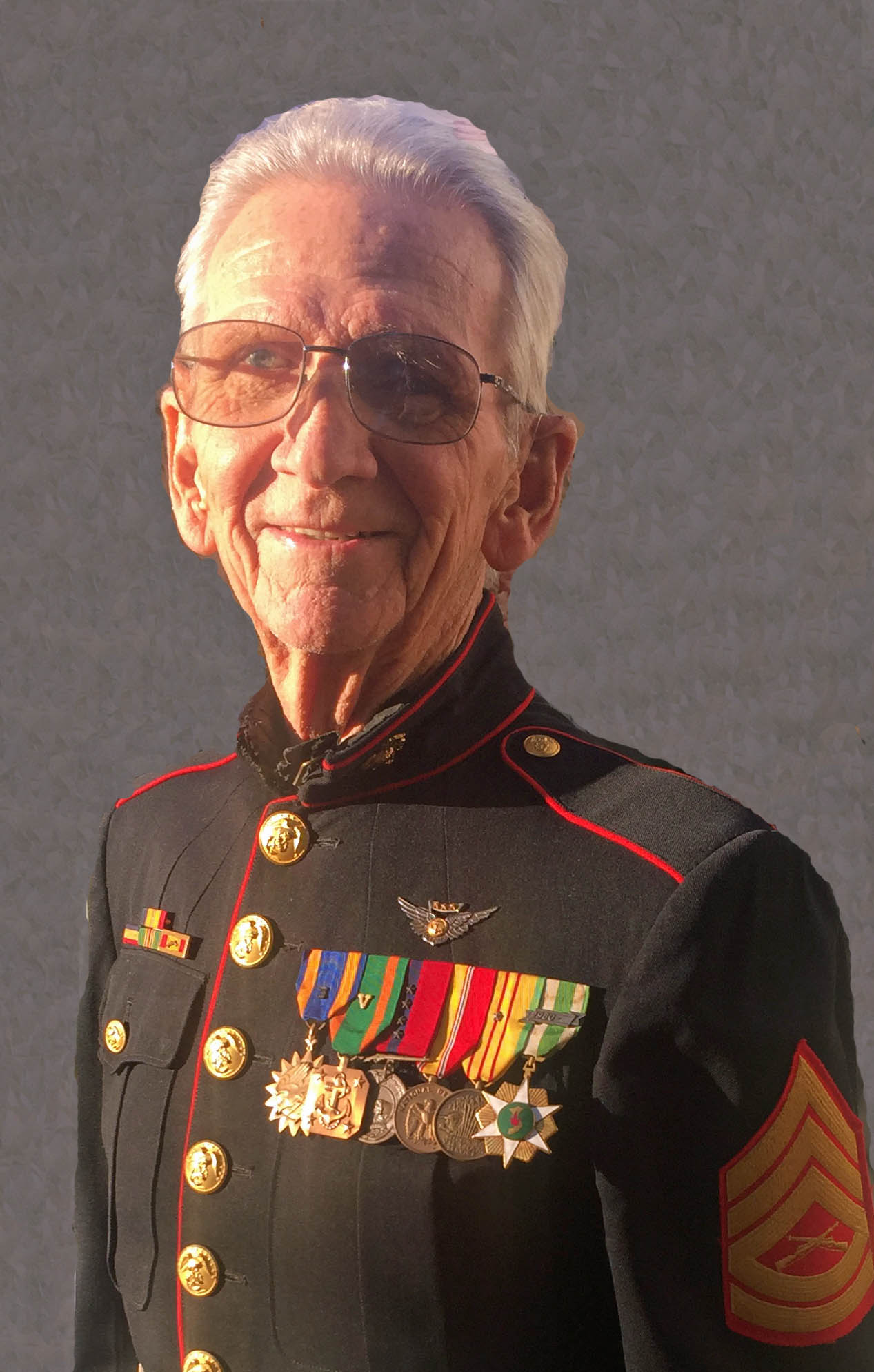 July 25, 1937 – October 18, 1962
William Harry Graham, 80, passed away Wednesday, October 18, 2017, at his residence.
Born July 25, 1937, in Punxsutawney, Pennsylvania, he was the son of William H. and Annabelle (Buhite) Graham. He married Carole Ann Chatham December 24, 1989.
Bill was a U. S. Marine Corps veteran of the Vietnam War and retired with 20 years of service. During that time he was a photo journalist and was awarded three Air Medals–one for every 20 combat missions. Bill was a member of the American Legion Post No. 250. He was a minister 30 years and served the last ten of those years as the senior adult minister at the First Baptist Church where he was a member. He also was a member of the Orleans Baptist Association Pastors. Bill received a Bachelor of Arts degree in social work from Glenville State College in West Virginia and a Master of Divinity degree from Southern Baptist Seminary in Louisville, Kentucky.
Survivors include his wife, Carole Graham of Mitchell; daughters, Tina Hicks of Richmond, Leann (Tim) Chastain of Campbellsburg, Trish Galloway of French Lick, Kathleen (Merl) Mast of Goshen; 17 grandchildren; 18 great grandchildren
His parents and sister, Mary Ann Butterbaugh, preceded him in death.
Funeral service will be at 1 p.m. Monday, October 23, at the First Baptist Church with Reverend Reggie Clark and Reverend Bud Kielhorn officiating. Burial will be in Mt. Pleasant Baptist Cemetery with military honors accorded by American Legion Post No. 250 and Veterans of Foreign Wars Post No. 9107. Friends may call from 2 p.m. – 6 p.m. Sunday at Chastain Funeral Home & Cremation Center, and from noon until the service on Monday at the church.
Casketbearers will be grandsons.
Memorial Gifts: First Baptist Church
Condolences may be sent to the family at www.chastainfuneralhome.com
Eileen M. (Hanlon) Siegle – Bedford 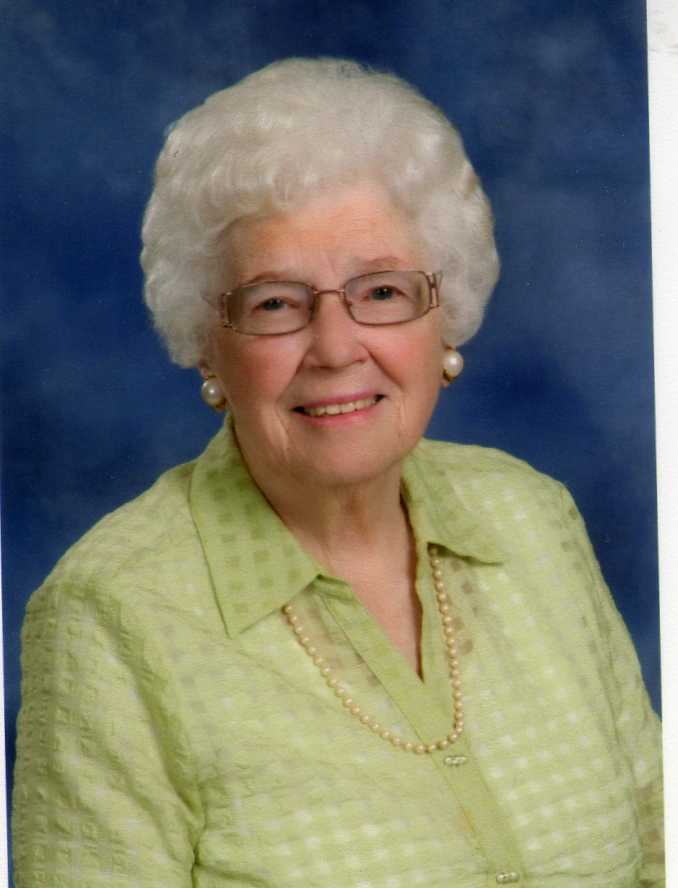 July 19, 1923 – October 19, 2017
Eileen M. (Hanlon) Siegle passed away at 2:55 a.m.. on Thursday, October 19, 2017 at Stonebridge Health Campus, in Bedford.
She was born on July 19, 1923, in Rural Peoria County, Illinois, the third of eight children born to Herbert Isaac and Emma Katherine (Kirchgessner) Hanlon. She graduated from Brimfield High School in Illinois. Eileen married David Byron Siegle on August 23, 1949, in Peoria; he preceded her in death on December 3, 2006.
She is survived by their five children, David B. (Victoria) Siegle, Jr., of Morton, IL, Katherine M. (William) Sleva, of Bedford, John E. (Veronica) Siegle and Stephen D. (Amy Jo) Siegle, of Chicago, IL, and Richard C. (Nancy) Siegle, of Phoenix, AZ; ten grandchildren; seven great-grandchildren; brother, John F. (Faye) Hanlon, of Huntington, WV; and many nieces and nephews.
Eileen was preceded in death by her parents; husband; four brothers, Virgil C. (Carrie) Hanlon, Walter H. (Joe Ann) Hanlon, George Ray (Earlene) Hanlon, Gerald R. (Joyce) Hanlon; and two sisters, Blanche M. (Ward) Cruise, and Mary Ellen Hanlon.
She was a member of St. Vincent de Paul Catholic Church, in Bedford, where she was a member of the Altar Society. Previously she was a member of St. Bernard Church, in Peoria, IL, for over 50 years, where she served as president of the St. Bernard School Mothers Club, and a parish Eucharistic Minister.
Her many volunteer activities included membership in the Catholic Women’s League, the Diocesan Council of Catholic Women, and Church Women United of Peoria. She also did pastoral care at Methodist Medical Center, and record-keeping at Springdale Cemetery.
Mass of Christian Burial will be at 10 a.m. on Monday, October, 23, 2017, at the St. Vincent de Paul Catholic Church, in Bedford, IN, with Father Rick Eldred and Deacon Dave Reising officiating. Visitation will be on Sunday, 4 p.m.. – 8 p.m. at the Ferguson-Lee Chapel of Thorne-George Family Funeral Homes, in Bedford, IN. Rosary will be prayed at 7:30 p.m. Memorial services will be at 10 a.m. on Saturday, October 28, 2017 at the Wright and Salmon Funeral Home, Peoria, IL. Visitation will be Saturday from 9 a.m. until the service hour at the funeral home. Burial will be at Springdale Cemetery, in Peoria, IL.
Memorial contributions may be made to the charity of the Donor’s choice.
Online condolences may be sent to the family at www.fergusonlee.com.