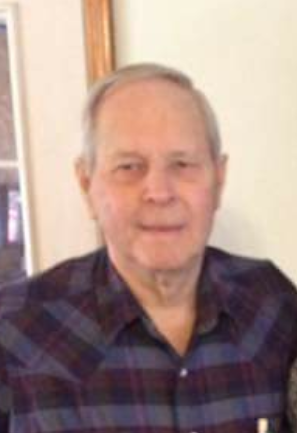 April 22, 1935 – October 6, 2016
John Thomas Hobson, 82, of Heltonville, died at 2:30 p.m. on Friday, October 6, 2017 at Stonebridge Health Campus.
Born April 22, 1935 in Bedford, he was the son of Ivan Earl and Ellen (Faris) Hobson. He married E. Janice Fite on September 1, 1957 and she survives. He was a life-long farmer and a member of the Fairview Community Church where he was an active elder and sang in the choir. He was a former member of the County Committee Farm Service Agency and a former Pioneer Seed Corn sales representative. He was a member of Farm Bureau, the Beef Cattle Assoc. and had served on several local boards.
Survivors include his wife, Janice, of Heltonville; two sons, John Ed Hobson and wife, Karen, Troy T. Hobson and wife, Kelly, all of Heltonville; a daughter, Nichelle Gerkin, of Bedford; grandchildren, Paige Hobson, Sophia Hobson, Olivia Gerkin, Collin Hobson, Conner Hobson, and Zane Hignite; several nieces and nephews.
He was preceded in death by his parents, and a brother, Reed Hobson.
Funeral services will be conducted at 11 a.m. on Tuesday, October 10th at the Fairview Community Church with Pastor Lindy Hopkins officiating. Burial will follow in the church cemetery. Visitation will be from 4 p.m. to 8 p.m. on Monday, October 9th at the church and from 10 a.m. until the hour of service on Tuesday at the church. The family asks that friends consider memorial contributions be made to the Fairview Community Church Building Fund or Cemetery Fund.
Family and friends may express condolences at www.daycarter.com.
Ronald Franklin Bugh – Bedford
October 5, 1948 – October 5, 2017
Ronald Franklin Bugh, 69, of Bedford, passed away on Thursday, October 5, 2017 at Westview Nursing and Rehabilitation, Bedford.
Born October 5, 1948, in Bedford, he was the son of Frank and Grace (Henderson) Bugh.
He married Nancy Vint on September 17, 1977; and she survives.
Ronald was a graduate of Bedford High School, Class of 1966. He worked as a truck driver. He was a member of the Teamsters Union.
Surviving are his wife, Nancy, of Bedford; two daughters, Melody Lynn Bugh and Fiancé Tim Duncan, of Mitchell, and Lisa Renee (David) Hood, of Corydon; five grandsons, Levi, Dallas, and Devin Cobb, and Tyler and Joshua Johnson; one granddaughter-in-law, Teagan Cobb; one step-granddaughter, Megan Duncan; two step-grandsons, David and Jeremy Hood; two brothers, Rick (Bonnie) Bugh and Charles (Sandy) Bugh; and several nieces and nephews.
He was preceded in death by his parents and one brother, Errol Bugh.
Funeral services will be at 11 a.m.. on Monday, October 9, 2017 at the Ferguson-Lee Chapel of Thorne-George Family Funeral Homes, with Johnny Johnson officiating. Burial will be in Dive Cemetery. Visitation will be 2-6 p.m. Sunday at the funeral chapel.
Online condolences may be sent to the family at www.fergusonlee.com.