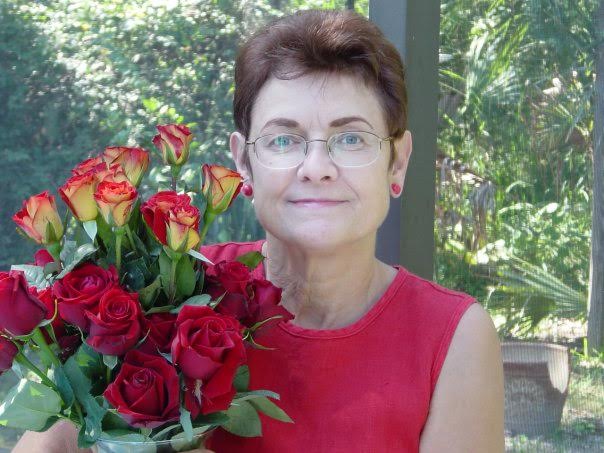 August 13, 1948 – July 8, 2017
Phyllis Ann (Wright) Finn, 68, of Sarasota, FL, formerly of Indianapolis, was taken by cancer before her time on July 8, 2017, in Sarasota, FL.
Born August 13, 1948, in Indianapolis, IN; she was the daughter of Robert B. Wright and Loretta Violet DeWitt.
She was a graduate of Indiana University with a Bachelor’s Degree in Music Education and a Master’s Degree in Library Science.
Ann worked as a Music Teacher in Kokomo, IN, a Suzuki Piano Teacher in her home, a Reference Librarian at Johnson County Public Library in Greenwood, IN, Condominium Manager at Hidden Village in Sarasota, FL, and Cataloger at Ringling College of Art & Design in Sarasota, FL.
She was inspired in music by her Aunt Ellie, a music Teacher, Ann was a classical pianist. She played in pit orchestras for Butler University, Indiana University Opera, and Footlight Musicals. Recently, she conducted and played violin in the Venice Community Orchestra. Throughout her life she was an avid swimmer, walker, and bicyclist.
Surviving are her spouse, William Finn; son Kevin and wife Tara; grandchildren Malcolm and Dorothy Finn; son, Nathan and wife Ricarda; sister, Mary (Wright) Williams; brother, Robert Lee Wright; and many aunts, uncles, and cousins in the Indianapolis and Tunnelton area.
Funeral service will be 10 a.m. Thursday, July 13, 2017 at the Ferguson-Lee Chapel of Thorne-George Family Funeral Homes. Burial will be in Cresthaven Memory Gardens. Visitation will be 5 p.m. until 7 p.m. Wednesday at the funeral chapel.
Online condolences may be sent to the family at www.fergusonlee.com.
Jo Alan Bennett – Seymour
Jo Alan Bennett, 69, of Seymour passed away June 26, 2017.
Graveside service will be at 11 a.m. Wednesday, July 12, 2017 at Tunnelton Cemetery with military honors accorded by Veterans of Foreign Wars Post No. 1925.
Chastain Funeral Home & Cremation Center