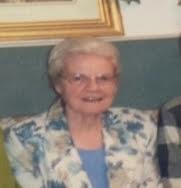 June 30, 2017
Bedford – Frona E. Taylor, 86, of Bedford, died at 7:45 a.m. on Friday, June 30, 2017 at I.U. Health Methodist Hospital in Indianapolis.
Born June 29, 1931 in Bedford, IN, she was the daughter of Homer and Bessie M. Stigall Pace. She married Herman E. Taylor on September 16, 1950 and he died on September 19, 2016. She was a member of Life Tabernacle in Springville. She retired from Dunn Memorial Hospital as a laundry supervisor.
Survivors include; one son, Leo Taylor and wife, Angie of Springville, three daughters, Brenda Enochs of Bedford, Nancy Kelley and husband, Brian of Avoca, Margaret Barnes and husband, Bob of Bloomington, seven grandchildren Brian Enochs and wife, Jennifer, Lisa Merry and husband, Chris, Jodi Sproull and husband, Tim, Jana Morales and husband, Joe, Brent Taylor and wife, Inga, Brandon Taylor and wife, Rosa and Jessyca Taylor, 14 great grandchildren and two sisters-in- law, Donna Pace and Naomi Pace and one brother-in- law, Roger Siedl.
She was preceded in death by, her parents, husband, one son, Michael Herman Taylor, three brothers, Leo (Shorty) Pace, Charles H. Pace and Jesse D. Pace, and one sister, Margaret Siedl.
Funeral services will be held Monday, July 3rd at 11 a.m. at Life Tabernacle Church in Springville with Pastor Doug Kelley officiating. Visitation will be Sunday, July 2nd from 2 p.m. until 6 p.m. at Life Tabernacle in Springville. Burial will follow in Dive Christian Church Cemetery.
Family and friends may express condolences at www.daycarter.com.
Jennifer (Hearth) Szatkowski – Bedford
March 21, 1965 – June 29, 2017
Jennifer (Hearth) Szatkowski, 52, of Bedford, died at 8:29 am on Thursday, June 29, 2017 at I.U. Health Bedford Hospital.
Born March 21, 1965 in 29 Palms, CA, she was the daughter of Bobby and Karen Sue (Hatfield) Hearth. She married Roger Szatkowski on February 8, 2013 and he survives. She was a loving mother and housewife. She was a member of the First Church of God.
Survivors include, her husband, Roger of Bedford, three sons, Zachary Kirkman, Juan Kirkman and Fernando Kirkman all of Bedford, her parents, one sister, Sabrina Spradley and husband Troy of Houston, TX, two brothers, Bobby Hearth, Jr. and wife Lisa, and Joel Hearth and wife Sheila, all of Bloomington, several aunts, uncles, cousins, nieces and nephews.
Funeral services will be at 10 a.m. on Monday, July 3rd at the Bedford First Church of God with Pastor Travis Inman officiating. Burial will follow in Clover Hill Cemetery in Harrodsburg. Visitation will be from 1 p.m. until 5 p.m. on Sunday, July 2, 2017 at the Day & Carter Mortuary and from 9 a.m. until the hour of the service on Monday at the church.
Family and friends may express condolences at www.daycarter.com.
Ted W. Anderson – Bedford 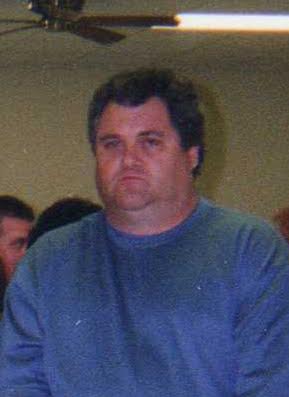 June 22, 1960 – June 25, 2017
Ted W. Anderson, 57, of Bedford, died on Sunday, June 25, 2017, in California.
Born on June 22, 1960 in Bedford, Indiana, he was the son of Wm. Tom Anderson, Jr. and Marcia Sue (Langston) Anderson.
He was a lifelong resident of Bedford, graduate of Bedford North Lawrence High School, and held an Associate’s Degree in Diesel Mechanics from Vincennes University.
Although he was currently working in California, he was employed by local company, Turner Contracting, Inc. as a heavy machine operator. He was the owner of Anderson Auto Repair in Bedford.
Ted was a lifetime participant in Lawrence County 4-H as: a 10-year 4-H member; Fair Board member; and proud uncle to his nieces & nephews as they have participated in 4-H throughout the years.
He enjoyed, and was a long-time participant in, Lawrence County football: NLCS Athletics, including all 4 years at BNL; and played as a youth, and coached as an adult, in the Boys Club/Pop Warner program.
Ted loved family get-togethers, was an avid NASCAR fan, enjoyed fishing, and playing golf & horseshoes. Any of those times spent with any one of his many friends, or family members, was a special life event for him.
Surviving are his mother, Marcia S. (Langston) Anderson – Bedford; three brothers, Mike Anderson & Jeff (Barbie) Anderson – both of Bedford, and Greg (Mistie) Anderson – Bloomfield; numerous aunts, uncles, and cousins; several nieces and nephews; and several great-nieces & -nephews.
He was preceded in death by his father, Tom Anderson; maternal grandparents, Wayne & Frieda Langston; paternal grandparents, Bill & Margaret Anderson; step-grandmother, Roberta Anderson; uncle, Max Langston; aunt, Margy Anderson; and cousin, Robin Anderson.
Friends may call at the Ferguson-Lee Chapel of Thorne-George Family Funeral Homes, Bedford, on Sunday, from 1-6 pm. The Funeral Service, also at Ferguson-Lee, will be Monday, at 11:00am, with Sherman Thomas officiating. Graveside Service & Burial will be at Leatherwood Cemetery, Bedford, immediately following processional from the funeral service.
In lieu of flowers, memorial contributions may be made to the Boys & Girls Club of Lawrence County, through Ferguson-Lee.
Online condolences may be sent to the family at www.fergusonlee.com.
Attachments area