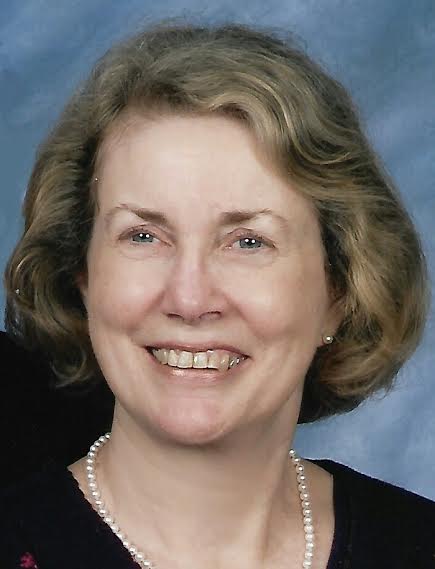 May 10, 1942 – April 13, 2017
Lois Ann Fox, 74, of Bedford, died Thursday, April 13, 2017 at her residence.
Born May 10, 1942 in Bedford, she was the daughter of Austin and Doris L. (Grant) McClellan. She married Howard D. Ragsdale in 1960 and later married Dale Fox in 1984 and he preceded her in death in 2010. She was a graduate of the Bedford High School with the class of 1960 and received her bachelor’s degree in Nursing from St. Mary’s College and later received her bachelor’s degree in Human Resources from Oakland City College. She retired as a registered nurse for the North Lawrence School System and had previously worked at the Bedford Medical Center and as a director of nurses at the Hospitality House. She was a member of the Hillcrest Christian Church where she enjoyed attending Ladies Small Group Class. She was on the Patient Advocacy Board at the Bedford Medical Center. She was a Master Gardener and member of the Gardener’s Exchange and also a member of the Quarry Quilters. She collected and toured lighthouses of the maritime coasts and Great Lakes.
Survivors include a son, William Ragsdale and wife, Michelle, of Maysville, NC; two step-daughters, Debbie Ellis and husband, Ron, of Mitchell, Amy Hiott and husband, Jeff, of Fishers; six grandchildren, Corey Himes, Jessica Cline, Adam Coulter, Sarah McNulty, Nate and Nick Hiott; nine great grandchildren.
She was preceded in death by her parents, her husband, and a sister, Mary Alice McClellan.
Funeral services will be conducted at 11 a.m. on Tuesday, April 18th in the Elmwood Chapel of the Day & Carter Mortuary with Pastor Charlie Scott officiating. Burial will follow in Cresthaven Memory Gardens. Visitation will be from 2 p.m. till 8 p.m. on Monday, April 17th at the Day & Carter Mortuary.
The family asks that friends consider memorial contributions be made to the White River Humane Society or Lawrence County Cancer Patient Services.
Family and friends may express condolences at www.daycarter.com.
Sherry Joan Underwood – Bedford
May 27, 1931 – April 13, 2017
Sherry Joan Underwood, 85, of Bedford, passed away on Thursday, April 13, 2017 at IU Health Bloomington Hospital.
She was a lifelong resident of Oolitic Road. Born May 27, 1931, in Bedford, she was the daughter of Michael and Minnie (Lantz) Drehobl. She married Walter “Ike” Underwood on December 1, 1951; and he passed away on November 14, 2005. She worked as the secretary at the UAW Local #440, from which she retired after 30 years. Sherry was a graduate of Oldenburg Academy of the Immaculate Conception. She was a member of St. Vincent de Paul Catholic Church, and the Altar Society. Sherry was also a member of the local #440 retiree chapter and a euchre club for over 60 years. She was a big sports enthusiast. She loved knitting and was a proud member of the Lawrence County Democrats.
Surviving are two sons, Jim (Deborah) Underwood, of Springville, and John Underwood, of Ft. Lauderdale, FL; two daughters, Jane (Larry) Root, of Mitchell, and Jo Ann Underwood, of Bedford; five grandchildren, Chad (Lauren) Underwood, Ben (Laurel) Underwood, Jessica (Amit) Patel, Kristi (C.J.) Lee, and Amy (Westin) Williamson; ten great-grandchildren; one great-great grandchild; one sister, Sally (Jim) Bullock; and several nieces and nephews.
She was preceded in death by her parents; husband, Ike; daughter, Judy Underwood; son, Michael in infancy; granddaughter, Stacie; and infant grandson, Christopher.
Mass of Christian Burial will be at 10 a.m. on Tuesday, April 18, 2017, at St. Vincent de Paul Catholic Church, Bedford, with Father Rick Eldred and Deacon Dave Reising officiating. Burial will be in Green Hill Cemetery. Visitation will be on Monday, 3 p.m. till 8 p.m. at the Ferguson-Lee Chapel of Thorne-George Family Funeral Homes. The Rosary will be prayed at 7:30 p.m.
Memorial Contributions may be made to the Sisters of St. Francis, Oldenburg, IN, or Becky’s Place, Bedford.
Online condolences may be made to the family at www.fergusonlee.com.