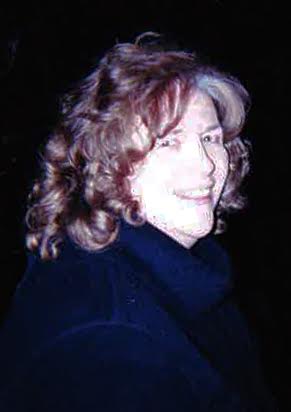 May 16, 1948 – December 10, 2016
On Saturday, December 10, 2016, at 10:27 p.m., surrounded by her loving daughter, Tammy Jo, Jo Anne Connell Roberts passed away into Glory at IU Health Indianapolis Hospital.
Jo Anne was born on May 16, 1948, to Robert and Wilma (Wright) Connell. Jo Anne’s childhood memories were filled with fun, love, and laughter. She enjoyed spending time outdoors running with her dogs, climbing trees and participating in a bit of mischief with her siblings and cousins.
After graduating from Mitchell High School in 1966, she married and had one daughter, Tammy. After her life living on military bases, she returned to Mitchell.
Jo Anne worked several jobs but found her true calling when she graduated from Ivy Tech as an LPN. Jo Anne was the Occupational Health Nurse at Carpenter Body Works for many years. During her time at Carpenters, she received many certifications in OSHA standards regarding Occupational Health and environmental practices, and met her second family consisting of the beloved coworkers with whom she remained close to after the plant closed. Many memories have been shared through the years of the great times they all had between the walls of that bus factory.
Jo Anne then returned to Dunn Memorial Hospital to perform Occupational Health Services and manage Dunn’s Walk-In Clinic and other specialty clinics. Here another family of dear friends was created by coworkers.
Following Dunn, Jo Anne was employed by IU Health Bedford rejoining many members of her Dunn family while adding new friends to her life.
She was very successful both professionally and personally. During her career she received many additional certifications and honors and her life was filled with community activities including serving as the American Legion Women’s Auxiliary President and contributing time and money to various local and national charities.
Jo Anne had a quick wit and always knew the perfect comment to bring joy, to the room and make others laugh. This trait along with her infectious smile and jobs working with the public made her a popular person in the community. Often times when visiting local restaurants with family she would barely finish her meal due to the number of people that stopped by the table to talk with her which she truly enjoyed. A trip to the local grocery store could easily turn into a two hour social event.
Survivors include Jo Ann Connell Roberts is one daughter, Tammy Roberts and Dominick Scarfone of Bedford
one grandson, Andino Scarfone of Bedford; two brothers, Robert and Phyllis Connell of Mitchell, Steven C. and Nancy Connell of Canton, Michigan; two sisters, Marilyn and Mike Gifford of Bedford, Susan Connell Wilson of Bedford; nieces, Kathi and Jim Root of Bloomington, Hollie Wilson and Chad Eric Jones of Bedford, Marci and Scott Staley of Veedersburg; nephew, Jason and Whitney Connell of Charlestown and several great nephews
She was preceded in death by her parents.
Jo Anne will be remembered as a fabulous mother, an adoring grandmother, loving sister, a generous aunt, a loyal friend, a diligent nurse, and a medical adviser to many. She will be greatly missed.
She will be missed most of all by the one true love of her life, her grandson, Andino Scarfone.
We will all miss Jo Anne but we must smile and take comfort knowing she is in Heaven with her family and friends, running with her dogs, climbing trees, and perhaps participating in a bit of mischief.
Funeral service will be at 11 a.m. Friday, December 16, in the Memorial Chapel of Chastain Funeral Home & Cremation Center with Pastor Dwight Dunbar officiating. Burial will be in Mitchell Cemetery. Friends may call from 4 p.m. till 8 p.m. Thursday and from 10 a.m. until the service on Friday at the funeral home.
Casketbearers: Jason Connell, Kyle Root, Cody Root, Dominick Scarfone, Chad Eric Jones, Scott Staley, Dwight Moore, and Steve Burton
Condolences may be sent to the family at www.chastainfuneralhome.com
Matthew S. Turner – Bedford 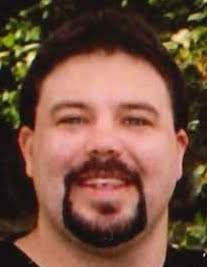 August 26, 1971 – December 11, 2016
Matthew S. Turner, 45, of Bedford, died at 10:42 a.m. on Sunday, December 11, 2016 at I.U. Health University Hospital in Indianapolis.
Born August 26, 1971 in Bedford, he was the son of Timothy J. Turner and Patricia (Kern) Turner Bex. He married Dianna A. King on June 25, 1994 and she survives. He was an accomplished tool and die maker for over twenty years, welder and auto mechanic. Matt loved spending time with his family, coaching his children and boating. He enjoyed drag racing where he was the Brown County Champion of Champions in 1999 and the Brown County Track Champion in 2000.
Survivors include his wife, Dianna of Bedford, two children, Lauren Turner and Garrett Turner, both of Bedford, mother and stepdad, Patty Bex and husband, Robert of Bedford, father-in-law, Hugh King of Bedford, one sister, Angie Chase and husband, Joe of Bedford, two nieces, Taylor and Ashley Chase, both of Bedford, dear friend that he called brother, Darren Tipton and wife, Bonnie of Bedford, two stepsisters, Robin Bex of Bloomington and Jennifer Bex of Muncie, a grandmother, Alma Jones and husband, Gene of Bedford, sister-in- law, Denise Sproles and husband, Scott of Bedford and their children, Sydney and Daphney Sproles, brothers-in- law, Christopher King and wife, Shelly of West Chester, OH and their children,Amanda and Jessica King and Kevin King and wife, Karen of Bargersville, IN and their children, Nathan, Alyssa and Kyle, several aunts, uncles, and cousins.
He was preceded in death by his father, Timothy Joe Turner, a grandfather, Fred Turner, a mother-in- law, Ruth Ann King, a grandfather, Art Ray and a nephew, Jared Sproles and uncle Steve Turner.
Funeral services will be conducted at 1 p.m. on Friday, December 16, 2016 in the Elmwood Chapel of the Day and Carter Mortuary with Pastor Kenny Walden officiating. Burial will follow in Green Hill Cemetery. Visitation will be from 4 p.m. till 8 p.m. on Thursday, December 15, 2016 at the mortuary.
In lieu of flowers, contributions may be made to his children’s educational fund set up at Bedford Federal. Please make checks payable to Bedford Federal c/o Turner Children.
Family and friends may express condolences at www.daycarter.com.
JoAnne Connell Roberts – Mitchell
JoAnne (Connell) Roberts, 68, of Mitchell, passed away Saturday at IU University Health University Hospital in Indianapolis.
Funeral arrangements are pending at Chastain Funeral Home & Cremation Center.