Leona May Baer – Mitchell
Leona May Baer, 99, Mitchell, passed away Wednesday, December 7, 2016, at Westview Nursing and Rehabilitation Center in Bedford.
Born September 14, 1917, in Orange County, she was the daughter of Orlando and Eva (Tolbert) Conley. She was married to Joel Baer who preceded her in death. Leona graduated from Mitchell High School in 1936 and had been employed at L. S. Ayres and Company. She had also been a nanny several years in Chicago. Leona was a member of the Mitchell Church of Christ and Fleur-de- Lis Club.
Survivors include her stepdaughter, Shirley Pressley of Michigan City several nieces and nephews
Her parents; husband; sister, Frances Conley; and brothers, Descoe Conley and Harrison Conley; preceded her in death.
A memorial service will be at 7 p.m. Tuesday, December 13, in the Memorial Chapel of Chastain Funeral Home & Cremation Center with Brother Allen Burris officiating. Friends may call from 6 p.m. until the service on Tuesday at the funeral home.
Condolences may be sent to the family at www.chastainfuneralhome.com
Elizabeth Ann “Betsy” Robinson – Bedford 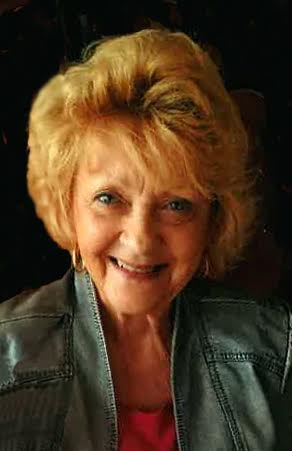 February 20, 1939 – December 7, 2016
Elizabeth Ann “Betsy” Robinson, 77, of Bedford, passed away Wednesday, December 7, 2016, at Indiana University Health Bedford Hospital.
Born February 20, 1939, in Bono, she was the daughter of Morris and Alma (Smith) Bruner. Betsy had been employed at Ellison Abstract and was a member of the Mitchell Presbyterian Church.
Survivors include her sons, Jim (Mary Beth) Robinson of Indianapolis, Mark (Beth Ann) Robinson of Springville; grandchildren, Amy (Ryan) Birge, Emily Robinson, Wes (Lauren) Robinson, and Megan Robinson; great granddaughter, Abigail Birge; brother-in- law, Rodney Colvin of Jacksonville, Florida; niece, Dee Ann (Rich) Ott of Jacksonville, Florida; dear friends, Ron Wagner of Bedford, Evy Guthrie of Bedford
Her parents and sister, Jane Colvin, preceded her in death.
Funeral service will be at 2 p.m. Saturday, December 10, in the Memorial Chapel of Chastain Funeral Home & Cremation Center with Rev. Dr. Daniel Watson officiating. Burial will be in Mitchell Cemetery. Friends may call from 11 a.m. until the service on Saturday at the funeral home.
The animals that Betsy loved and nurtured will suffer for her absence. The family get-togethers will be forever diminished of her humor, smile and love.
Condolences may be sent to the family at www.chastainfuneralhome.com
Edward Mann – Mitchell
Graveside service for Harry Edward Mann who passed away November 22, will be at Noon. Saturday, December 10, at Hamer Cemetery with military honors accorded by American Legion Post No. 250 and Veterans of Foreign Wars Post No. 9107.
Chastain Funeral Home & Cremation Center is in charge of the services.