Larry V. Guthrie – Bedford
July 1, 1943 – October 31, 2016
Larry V. Guthrie, 73, of Bedford, died at 8:18, a.m. Monday, October 31, 2016, at I.U. Health Hospital, Bloomington.
Born July 1, 1943, in Bedford, he was the son of Winfred Dale Guthrie and Audrey K. (Long) Guthrie.
He was a graduate of Shawswick High School with the Class of 1961; he retired from General Motors and was a member of U. A. W. Local #440, Bedford and was a member of American Legion Gillen Post #33, Bedford.
Surviving are two sons, Brent Guthrie, Arlington, TX and Troy (Rachel) Guthrie, Ellettsville; one sister, Kay (Thomas) Shirley, Bedford; one step-daughter, Shara Purdy, Bedford; seven grandchildren, Chris Stevens Abigail and Brandt Guthrie, Brittany Osborn, Bethany, Brianna and John David Purdy; two nephews, Dale Shirley and Justin (Danielle) Shirley; and one niece Robin (Rick) Maddox.
He was preceded in death by his parents; one daughter, Kelly Guthrie; and one grandson, Joshua Rush.
Funeral service will be at 11 a.m. Friday, November 4, 2016, at Ferguson-Lee Funeral Home, Bedford with Josh Haltom and Paul Guthrie officiating. Burial will be in Pinhook Cemetery. Friend may call from 4p.m. till 8 p.m. Thursday, at the funeral home
Memorial Contributions may be considered to the Bedford Boys and Girls Club.
Online condolences may be sent to the family at www.fergusonlee.com.
Click here to Reply or Forward
M. Kathryn Parham – Bedford 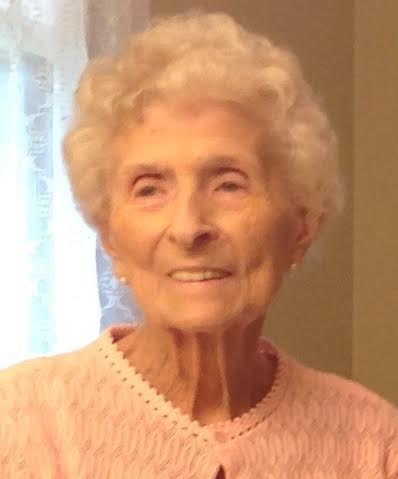 April 27, 1932 – October 31, 2016
M. Kathryn Parham, 84, of Bedford, passed away at 1 p.m. on Monday, October 31, 2016 at her residence.
Born April 27, 1932, at Marengo, IN, she was the daughter of Charles and Iva (Hoten) Stroud. She married Rex Wiseman on July 17, 1948. To this union was three daughters, Rita, Janet and Lois, and one son, Walter. She married Gene Parham on December 17, 1978. He has two daughters surviving, and one daughter deceased. She was a homemaker and a member of the Marengo Christian Church. She attended Mt. Pleasant Christian Church.
She is survived by her husband, Gene Parham, of Bedford; three daughters, Rita Watson and husband, Nick of Clermont, FL, Janet Leonard and husband, Tom, of Taswell, IN, and Lois Burton and husband, Dave, of Minneola, FL; a son, Walt Wiseman and wife, Amy, of Bedford; two sisters, Kedza Turner, of Clarksville, IN, and Kathleen Nice, of Corydon, IN; seven grandchildren and nine great grandchildren.
She was preceded in death by her parents, twin siblings, Charles and Rose Ellen Stroud; a grandson, John Leonard.
Funeral services will be conducted at 10 a.m on Friday, November 4th in the Elmwood Chapel of the Day & Carter Mortuary with Jeff Huddelson officiating. Burial will follow in the Union Chapel Church Cemetery in Milltown. Visitation will be from 4 p.m. till 8 p.m. on Thursday, November 3rd at the Day & Carter Mortuary.
Family and friends may express condolences at www.daycarter.com.