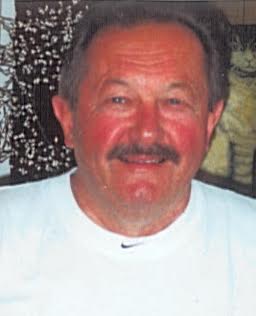 May 22, 1938 – June 13, 2016
David A. Bechner, 78, of Heltonville, died at 11:30 am on Monday, June 13, 2016 at I.U. Health Hospice House in Bloomington.
Born May 22, 1938 in Lawrence Co., he was the son of Adolph and Louise (Mitchell) Bechner. He married Connie Stipp on October 23, 1987 and she survives. He was a retired pipefitter for General Motors and a member of the U.A.W. Local #440. He was a member of the Fairview Community Church.
Survivors include his wife, Connie, of Heltonville; a son, Scott Bechner and wife, Jami, of Norman; a daughter, Stephanie Kirby of Orleans; a step-son, Todd Kelly and wife, Leanne, of Bedford; grandchildren, Katie Landstrom and husband, Zach, of Norman, J.D. Kirby, of Paoli, Taylor Kelly, of Florida, Jacob Kirby, of Paoli, Allegra Hill, of Bedford, and Ellie Kelly, of Bedford; a great grandchild, Vaida Young, of Florida; a sister Sheila Peyton of Bedford.
He was preceded in death by his parents, a son, Bradley Bechner and brothers, Jerry Bechner and Darrell Bechner.
Graveside services will be conducted at 1:30 p.m. on Wednesday, June 15th at Cresthaven Memory Gardens Mausoleum with Kenny Fisher officiating. Burial will follow. No visitation is planned.
Arrangements are under the direction of the Day & Carter Mortuary.
Family and friends may express condolences at www.daycarter.com.