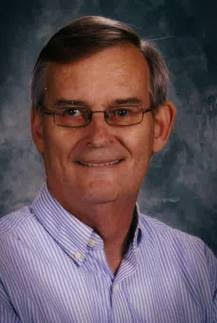 February 4,1947 – November 27, 2015
Ronald Bruce Cammack, 68, of Mitchell, passed away Friday afternoon, November 27, 2015, at his residence.
Born February 4, 1947, in Louisville, Kentucky, he was the son of Thomas Earl and Aileen (Boone) Cammack. He married Carol Minton November 22, 1980. Ron was a computer technician and retired from Mitchell Community Schools. He graduated from Mitchell High School in 1965 and attended the Free Methodist Church. He was a contributing editor to Workbench Magazine, owned and operated Heritage Frame Company, had been an English teacher and school bus driver. Ron enjoyed woodworking, computers, photography, and as an avid car enthusiast, he was proud of his Porsche 928. He was a U. S. Air Force veteran of the Vietnam War.
He is survived by his wife, Carol Cammack, Mitchell; daughter, Misha Aileen Pelletier, Tampa, Florida; son, Joshua Thomas (Elizabeth) Cammack, Mitchell; mother, Aileen Cammack, Mitchell; sister, Sandra (Randall) Huddleston, Elmwood, Tennessee
His father and sister, Carol Hays, preceded him in death.
Funeral service will be at 10:30 a.m. Wednesday, December 2, in the Memorial Chapel of Chastain Funeral Home & Cremation Center with Pastor Ronnie McLain officiating. Burial will be in Mitchell Cemetery with military honors accorded by American Legion Post No. 250 and Veterans of Foreign Wars Post No. 9107. Friends may call from 3 p.m. till 7 p.m. Tuesday and from 9:30 a.m. until the service on Wednesday at the funeral home.
Condolences may be sent to the family at www.chastainfuneralhome.com