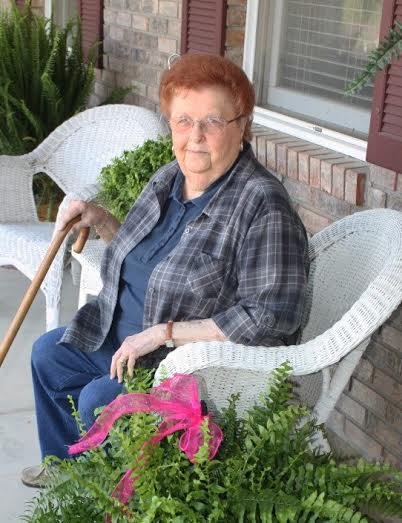 November 27, 1926 – October 19, 2015
Patsy Ruth Foust, 88, of Bedford, died at 8:47 pm on Monday, October 19, 2015 at her residence.
Born November 27, 1926 in Greene County, she was the daughter of Oscar and Christie (Hatfield) Boruff. She married Don Foust on April 20, 1975 and he survives. She was a long-time antique dealer and owner-proprietor of Union Mule Antiques located at 15th and ‘L’ Streets for many years.
Survivors include her husband, Don, of Bedford; a daughter, Terry Wagner and husband, Jack, of Oolitic; three grandchildren, Matt Wagner and wife, Julie, Jesse Wagner and wife, Jeanne, and Christie Davis all of Bedford; seven great grandchildren, Chase and Chance Wagner, Lincoln and Logan Wagner, Shayla and McKenna Goldsberry and Jakob Davis; a sister, Joan Hamilton of Bloomington; several nieces and nephews.
She was preceded in death by her parents, two brothers, Richard Malcolm and Maurice Boruff; a sister, Katherine Swango.
Funeral services will be conducted at 1 p.m. on Thursday, October 22nd in the Elmwood Chapel of the Day & Carter Mortuary with Assoc. Minister, Jim Valentine officiating. Burial will follow in the Owensburg Cemetery. Visitation will be from 11 a.m. until the hour of service on Thursday, October 22nd at the Day & Carter Mortuary.
Pallbearers are: Neil Conover, Luke Mooneyham, Matt Wagner, Jesse Wagner, Logan and Lincoln Wagner, Chase and Chance Wagner and Jack Wagner.
Contributions can be made in lieu of flowers to Southern Care Hospice.
Family and friends may express condolences at www.daycarter.com.