Vicky Kay Whitt – Springville
Vicky Kay Whitt, 66, of Springville, passed away Monday, August 3, 2015 at I.U. Health Bloomington Hospital.
Born January 9, 1949 in Bedford, she was the daughter of Victor and Mary Catherine (Ray) West. She married Jess Whitt on August 14, 1971. Vicky was self-employed, a homemaker, and a loving caregiver for her granddaughters. She was a member of the Sylvania Wesleyan Church.
Survivors include her husband, Jess, of Springville; a daughter, Christine Diane Freeman and husband, Dirk, of Bloomington; three granddaughters, Lydia, Claire, and Nola Freeman; two brothers, Wendell and Lester West both of Springville.
She was preceded in death by her parents and a brother, Lonnie West.
A memorial service will be conducted at a later date at Sylvania Wesleyan Church.
The family asks that friends consider memorial contributions be made to the Sylvania Wesleyan Church.
Family and friends may express condolences at www.daycarter.com.
Reverend Mildred Pauline Miller – Bloomington
Reverend Mildred Pauline Miller, 87, of Bloomington, passed away at 12:10 a.m. Monday, August 3, 2015, at Indiana University Health Bloomington Hospital.
Born June 10, 1928, in Bloomington, she was the daughter of William and Maude (Siscoe) Miller. Mildred was a minister and member of the Trinity Pentecostal Church.
Survivors include her brother, Reverend Earl Miller, Spencer; sister, Rosie Van Aken, Florida
Her parents preceded her in death.
Graveside service will be at 11 a.m. Thursday, August 6, at Mount Ebal Cemetery. There will be no visitation at Chastain Funeral Home & Cremation Center.
Condolences may be sent to the family at www.chastainfuneralhome.com
Sharon Roselle McCoy – Lawrenceport
October 5, 1943 – August 3, 2015
Sharon Roselle McCoy, 71, of Lawrenceport, passed away at 12:37 a.m. Monday, August 3, 2015, at Indiana University Health Bloomington Hospital.
Born October 5, 1943, in Bedford, she was the daughter of Kersey Wesley and Marilyn Genevieve (Dobson) King. She married Michael McCoy July 19, 1957.
Sharon was employed several years at Jack’s Lounge.
Survivors include her husband, Michael McCoy, Lawrenceport; children, Yvonne Michele Clapham, Lawrenceport, Michael Edon McCoy, Lawrenceport, Cinda Jo Layton, Fort Myers, Florida; 6 grandchildren; brother, Mark Leverel King, Ormand Beach, Florida
Her parents, and sister, Maribel Longest, preceded her in death.
Funeral service will be at 1 p.m. Wednesday, August 5, in the Memorial Chapel of Chastain Funeral Home & Cremation Center. Burial will be in Fairview Cemetery.
Friends may call from 11 a.m. until the service on Wednesday at the funeral home.
Condolences may be sent to the family at www.chastainfuneralhome.com
Marvin E. Logsdon – Bedford 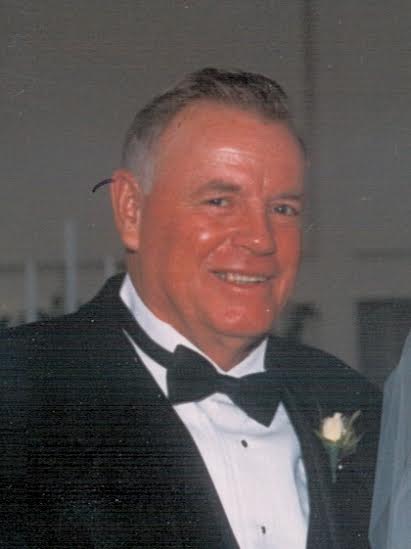 June 24, 1932 – August 1, 2015
Marvin E. Logsdon, 83, of Bedford, passed away peacefully at home on Saturday, August 1, 2015.
Born June 24, 1932, in Lawrence Co. he was the son of Leslie and Lelia (Kirkman) Logsdon. He moved to Kentucky in infancy with his family where he grew up, moving back to Lawrence County with his family in his teens. He married Doris Mae Swift on June 30, 1956 and she survives. After retiring from Ready Mix Concrete, he was a self-employed contractor working with homeowners and also with Ameritech. He was a member of the First Baptist Church in Bedford where he served two terms as a Trustee. He was a member of the FOP Lodge. He was a wonderful husband, father and grandfather. He loved attending his grandchildren’s activities and sporting events. He was an avid fisherman and a passionate Pacer fan. He enjoyed being outdoors hunting, fishing and vegetable gardening. He loved sharing his garden produce with family, friends, and neighbors. He was on a bowling team and also a Euchre card club for many years. In his later years, he enjoyed baking cookies, making hard candy, watching basketball games on TV and watching his garden grow. Many people enjoyed his Christmas gifts of hard candy. He kept his wonderful sense of humor to the very end.
Survivors include his wife, Doris Mae, of Bedford; daughters, Lisa Hensley, of Bloomington, Bonnie McFarland (Pat), of Oolitic; five grandchildren, Daniel, Jake and Bridget McFarland, Michael Hatfield and Rhett Hensley.
He was preceded in death by an infant daughter, Brenda; both parents; five brothers, Clyde, Roger, Bill, Jimmy and Jack; four sisters, Virginia Locke, Mary Locke, Doris Grimes and Betty Gray.
Funeral services will be conducted at 11 am on Thursday, August 6th in the Elmwood Chapel of the Day & Carter Mortuary with Premiere Hospice Chaplain Mark Hafenbreidel officiating. There will be a letter reading written by Rev. Dr. Kregg Burris who is out of state. Burial will follow in Cresthaven Memory Gardens. Visitation will be from 4 pm to 8 pm on Wednesday, August 5th at the Day & Carter Mortuary.
Family and friends may express condolences at www.daycarter.com.
Judith Ann Neely – Bedford
April 10, 1943 – August 1, 2015
Judith Ann Neely, 72, of Bedford, died at 10:10 pm on Saturday, August 1, 2015 at Golden Living Center in Knox, IN.
Born April 10, 1943 in Bedford, she was the daughter of Lawrence and Evelyn (Meadows) Hutton. She married Robert E. Neely on September 1, 1962 and he preceded her in death on February 24, 2015. She was a homemaker and baked cakes. She had worked in the deli department for the Jay-C Store in Mitchell and was of the Christian faith.
Survivors include two sons, Bryan Neely and wife, Sherry, of Knox, IN and Mike Neely and wife, Annette, of Mitchell; six grandchildren; five great grandchildren; two sisters, Darlene Maggard, of Seymour and Kathy Finney, of New Albany, IN.
She was preceded in death by her parents, her husband and a son, Mark Neely.
Graveside services will be conducted at Noon on Wednesday, August 5th. Burial will follow in Springville Cemetery West. No calling hours are scheduled.
Family and friends may express condolences at www.daycarter.com.