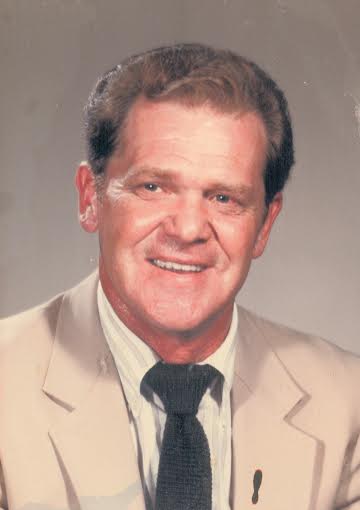 Glen E. “Rusty” Simmerman, 73, of Bedford, died June 4, 2015 at his residence.
Born May 18, 1942 in Lawrence Co., he was the son of Robert and Nelma V. (Rollins) Simmerman. He retired from the office of the Thomson Consumer Electronics in Bloomington as a production planner and administrator.
Survivors include a son, Glen E. “Bud” Simmerman, II, and wife, Marcy, of Bedford; his caregiver and mother of his son, Nelda Crider, of Bedford; three grandchildren, Burke, Bret and Molly Simmerman; a nephew, Brian Simmerman.
He was preceded in death by his parents, a brother, Keith Simmerman and a nephew, Trent Simmerman.
Funeral services will be conducted at 1 pm on Monday, June 8th in the Elmwood Chapel of the Day & Carter Mortuary with Duane Terry officiating. Burial will follow in Mt. Pleasant Cemetery in Silverville. Visitation will be from 10: am until the hour of service on Monday, June 8th at the Day & Carter Mortuary.
Family and friends may express condolences at www.daycarter.com.
Dean Hall – Bedford
Dean Hall, 79, of Bedford, passed away at 7:29 a.m. on Thursday, June 4, 2015, at his daughter’s residence.
Born March 29, 1936 in Jackson County, Indiana, he was the son of Homer and Eva (Hehe) Hall. He married Evelyn L. Winegar on February 9, 1962; and she preceded him in death on November 26, 2013. He was retired truck driver. Once he retired, he washed windows for several local businesses.
Surviving are one daughter, Christenia “Tina” Pence, of Bedford; one son, Scott Hall, of Oklahoma; Grandchildren, Mary (Bob) Hustlar, Katonya White, Amanda Blunk, Jacob (Jenny) Blanton, and Klayton Pence; great-grandchildren, Abbie, Sarah, Joshua, Joey, Johnny, Haley, Gracie, Tobie Jo, Kayden, Andrew, and Silas; three sisters, Juanita Harris, Ruth Wilson, and Debbie Hasket; and several nieces and nephews.
She was preceded in death by her parents and wife, Evelyn Hall.
Funeral service will be on Monday, June 8, 2015 at 2 p.m. at Ferguson-Lee Funeral Home, with . Burial will be in Bonds Chapel. Friends may call on Monday, from 11 a.m. till 2 p.m. at the funeral home.
Online condolences may be sent to the family at www.fergusonlee.com.
Wilma Jean Fuhrman – Mitchell
Wilma Jean Fuhrman, 83, of Mitchell, passed away at 9:47 p.m. Wednesday, June 3, 2015, at Indiana University Health Bloomington Hospital.
Cremation was chosen with no funeral or visitation at Chastain Funeral Home & Cremation Center
Zain Christopher Drew Brooks – Mitchell
Zain Christopher Drew Brooks, 4 months, of Mitchell, passed away at 10:53 a.m. Wednesday, June 3, at St. Vincent Dunn Hospital in Bedford.
Born February 6, 2015, in Lawrence County, he was the son of Christopher Wayne and Amanda Dawn (Campbell) Brooks.
Surviving: parents, Christopher and Amanda Brooks, Mitchell; siblings, Bailey Elizabeth Brooks, Medorah Paige Brooks, Makenah Grace Brooks, Abbi Rae Brooks, Rileigh Ann Brooks, all at home; grandparents, Dana and Melissa Campbell, Mitchell, Troy Brooks and Fritzy Lyons, Bedford, Cecelia Ann Brooks, Evansville
Graveside service will be at 2 p.m. Saturday, June 6, at Mitchell Cemetery with Reverend Ian McMillan officiating.
Friends may call from Noon till 1:45 p.m. on Saturday at Chastain Funeral Home & Cremation Center.
Condolences may be sent to the family at www.chastainfuneralhome.com
Justin Albert Blackburn – Bedford
Justin Albert Blackburn, 33, of Bedford, passed away on Wednesday, June 3, 2015 at his residence.
Born March 22, 1982 in Lawrence County, Indiana, he was the son of Douglas and Vicki (Dunn) Blackburn. He married Stacy Landreth on June 25, 2008 in Bedford, IN; and she survives. He was a laborer.
Surviving are his wife, Stacy; one son, Dayton; two daughters, Sarah and Joyslynn, all of Bedford; mother, Vicki Gerkin, of Orleans; father, Douglas (Brenda) Blackburn, of Bedford; maternal grandfather Fred Dunn, of Orleans; one brother, Andy (Charlotte) Blackburn, of Bedford; and one sister, Amy (Jeff) Romig, of Columbus; and several nieces, nephews, and cousins.
He was preceded in death by one sister, Abby.
Funeral service will be on Saturday, June 6, 2015 at 3 p.m. at Ferguson-Lee Funeral Home, with Frank Ira officiating. Burial will be in Green Hill Cemetery. Friends may call on Saturday, from 1 p.m. till 3 p.m. at the funeral home.
Online condolences may be sent to the family at www.fergusonlee.com.
Nicholas N. Baker – Orlando, FL.
Nicholas N. Baker, 83, of Orlando, FL, died Saturday, May 30, 2015 at his residence.
Born September 30, 1931 in Indian Springs, IN, the son of Thomas Nicholas and Mary Lavere (Malone) Baker. Nick was married to Feliece Roberts, with whom he had 4 daughters. Nick was also married to Dorothy Jaus, who passed away in 1987 and Karin McCracken, who passed away in 2001. He retired in 1987 after thirty years as a tool grinder for Caterpillar in Decatur, IL. Soon after he moved to Florida to escape the winter cold and enjoy his retirement.
Survivors include four daughters, Rebecca Doyle and partner, Mark Hawkins and Tresia Baker and partner, Pat Karas all of Florida, Susan Lovelett and husband, Chuck of Idaho and Benita Foster of Florida (a daughter of the heart); eight grandchildren; sixteen great grandchildren; one great great granddaughter; a brother, Phillip Baker and wife, Margaret, of Bedford, IN; a sister, Margie Anderson and husband, Mark, of Bedford, IN.
Nick was preceded in death by his parents, his wives and a daughter, Tonia Jaus.
Graveside services will be conducted at 1 pm on Tuesday, June 9th at Williams Cemetery with Pastor Lyman Taylor officiating. No visitation is scheduled.
Arrangements are under the direction of the Day & Carter Mortuary.