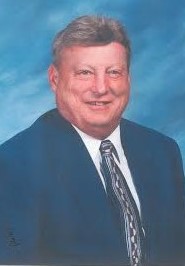 Farrell Dean Sowder, 79, of Bedford, passed away at 7:24 am on Wednesday, February 11, 2015 at I.U. Health Bloomington Hospital.
Born October 21, 1935 in Lawrence Co., he was the son of Gerald and Thelma Sowder. He married Shirley Ann Deckard on October 14, 1961 and she survives. He was ordained on September 14, 1971 as a minister of the Church of God. He has pastored Church of God congregations. He was an active member of the Donica Church of God where he has served as vice-chair, trustee, church council, Sunday school teacher and youth leader. He had a strong desire to lead people to come to know Christ and this was evident in the way he lived his life. He was the retired owner of Fortner Pest Control, Inc. He was a former president of the Bedford Exchange Club and coached basketball for many years at the Bedford Boys Club. He enjoyed hunting, fishing, woodworking and his family. Farrell will be deeply missed by his family and friends. His Godly example will live on in each of us.
Survivors include his wife, Shirley; a daughter, Cami Terry and husband, Mike; a son Doug Sowder and wife, Lisa, all of Bedford; four grandchildren, Zach Terry, Riley Sowder, Alex Terry and Ethan Sowder; a brother, Harold Sowder and wife, Mary Jane, of Bedford; four sisters, Barbara Smoot of Bedford, Irene Padgett and husband, Harold, of Switz City, Maxine Allgood of Bedford and Carolyn Perry of Williams. He was preceded in death by his parents.
Funeral services will be conducted at 1 pm on Saturday, February 14th in the Elmwood Chapel of the Day & Carter Mortuary with Pastor Nouhad Melki officiating. Burial will follow in Mt. Pleasant Cemetery. Visitation will be from 2 pm to 8 pm on Friday, February 13th and from 11 am until the hour of service on Saturday at the Day & Carter Mortuary.
Family and friends may express condolences at www.daycarter.com.
Donald R. Nordhoff – Bedford
Donald R. Nordhoff, 83, of Bedford,died at 11:39 a.m. Monday, February 9 , 2015, at his residence.
Born November 23, 1931, in Jasper (Dubois Co.,) IN, he was the son of Joe B. Nordhoff and Valeta (Walton) Nordhoff.
He was a member of St. Vincent de Paul Catholic Church, Bedford and a self-employed home builder.
Survivors include two sons, Mark Nordhoff and Scott (Ingrid) Nordhoff, both of Bedford and one daughter, Kyle Terese Baxter, Austin TX, and their mother, Lee Etta Nordhoff, Bedford; sixteen grandchildren and seven great grandchildren.
Don was preceded in death by his parents; one son, Jon Robert Nordhoff; one daughter, Dona Kirk; two brothers, Thomas J. Nordhoff and Joe B. Nordhoff; one sister, Winifred Dickerson; and one granddaughter, Jamie Lee Baxter.
Mass of Christian Burial will be 10 a.m. Monday, February 16, 2015, at St. Vincent de Paul Catholic Church with Fr. Rick Eldred and Deacon Dave Reising officiating. Burial will follow in Calvary Cemetery, Rushville, IN. There will be no visitation at the funeral home.
In leiu of flowers, memorial contributions may be considered to St. Vincent de Paul Catholic Church, Bedford.
Arrangements have been entrusted to Ferguson-Lee Funeral Home.
Online condolences may be sent to the family at www.fergusonlee.com.