Joan Burton – Mitchell
Joan Burton, 76, of Mitchell, passed away at 10:05 p.m. Tuesday, August 5, 2014, at her residence.
Funeral service will be at 1:30 p.m. Sunday, August 10, in the Memorial Chapel of Chastain Funeral Home & Cremation Center. Friends may call from 3 p.m. to 8 p.m. Saturday and from 12:30 p.m. until the service on Sunday at the funeral home.
Hugh Richard “Rick” Van Hoy – Mitchell
Hugh Richard “Rick” Van Hoy, 72, of Mitchell, passed away peacefully in his sleep at 1:28 a.m. Wednesday, Aug. 6, 2014, with his family at his side.
He was born July 5, 1942, in Martin County to Hugh and Addie (Walton) Van Hoy.
He co-owned and retired from Van Hoy Inc., the heating and cooling company his father, mother and late brother, Mike, founded in 1969 in Bedford. He graduated in 1960 From Sandborn High School and then entered the Army, where he served from 1960-61. He was a member of American Legion Cecil C. Martin Post 250 in Mitchell, where he loved to spend time with friends, and a lifetime charter member of the Bedford Boat and Sportsman Club.
He enjoyed the outdoors and sports, and he loved to play golf with his wife, Johnie, who passed away in 2012, and friends. Over the years, he also was a fisherman, bowler and pitched slowpitch softball until age 52.
In recent years, he filled the stomachs of family and friends with the fruits of his garden. His salsa — mild, medium and hot — has become legendary.
There are more than a few hikers around Lawrence County toting around the walking sticks he made and sold at Growby’s RTO Home Furnishings.
He loved his family, friends and having fun. He was a loyal fan of Indiana University basketball, the Indianapolis Colts and Pacers and baseball, particularly the St. Louis Cardinals.
He is survived by his children, son Shea Van Hoy and girlfriend Jessica, Louisville, Ky., and daughter Misty Grow and husband Brian, Mitchell; sister Alice Isom and husband Kenneth, Mitchell; brother Robert Van Hoy, Mitchell; grandchildren Nicolas and Jayden Hayes, Mitchell; and several extended family members.
He was preceded in death by his wife Johnie; brother Mike Van Hoy; and sister Marilyn; and his parents.
Funeral services will be at 10:30 a.m. Saturday, August 9, at Chastain Funeral Home & Cremation Center, Mitchell, with Brother Greg Isom officiating. Burial will follow in Mitchell Cemetery with military honors accorded by American Legion Post No. 250 and Veterans of Foreign Wars Post No. 9107. Visitation will be from 4 p.m. to 8 p.m. Friday and from 9:30 a.m. until the service on Saturday at the funeral home. Memorial contributions may be made to White River Humane Society in Rick’s name.
Condolences can be left for the family at chastainfuneralhome.com
James Patrick “Pat” Sturgeon – Bedford 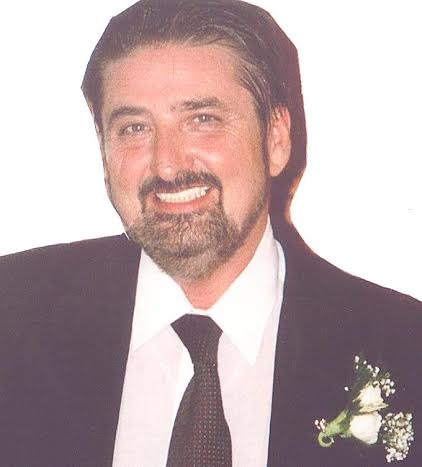 James Patrick “Pat” Sturgeon 62 of Bedford passed away July 26, 2014 at IU Health Bloomington Hospital.
He was born in Bloomington on December 12, 1951 and resided there most of his life. He attended University High School through 11th grade and also IVY Tech in Bloomington for two years studying photography, he acquired his GED. Pat served in the US Army where he was an MP, served two years in Vietnam from 1971-1973, he was honorably discharged, and he worked at Vincennes Hospital as an orderly and Bloomington Hospital in nuclear medicine for several years. He always said he wanted to give back to the people by working in hospitals after leaving Vietnam. He worked at Crane Naval Warfare Center and retired in 1994.
He was the son of Laura Hatchett Sturgeon and Harold E. Sturgeon.
He is survived by his wife of 15 years, Kimberly A. Sturgeon, two brother-in-laws, Langdon D. Wood and Mark S. Wood, mother-in-law, “Jodi” who he loved admired and respected so much. Brothers, Harold “Butch” Sturgeon, Rodney Sturgeon and Roger Sturgeon. Several nieces and nephews, his son, Duane Connaughton, daughter-in-law, Jennifer Young, and two grandsons, Tor Michael Connaughton and Gunner James Connaughton.
Pat was preceded in death by his parents, Sisters, Phyllis A. Hart & Mary E. Gaudreau and Brother Homer Sturgeon.
Pat was known for his love of music, he was a musician, composer and recording artist, and a master of several instruments, he was also a published photographer. His love of music and photography ran hand in hand. Pat was a Christian man, his love of God and faith were never ending, he read his Bible and prayed for family and friends on a daily basis he was truly saved.
He also leaves his two beloved cats BaBalouie and Tomboy, and his very good lifelong friend like a brother, David Pacific.
In Lieu of Flowers donations may be made to Disabled American Veterans (DAV), American Legion or the Cancer Society grade and also IVY Tech in Bloomington for two years
A Celebration of Pat’s Life will be held at the Bloomington American Legion at a later date
Cresthaven Funeral Home is in charge of arrangements