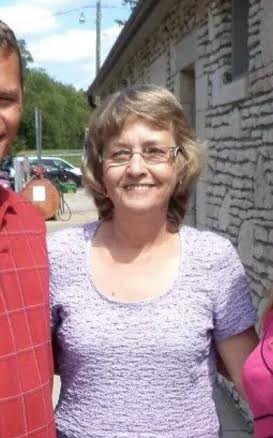 Diane L. “Burnie” Garland, 63 of Mitchell, passed away on Tuesday June 24, 2014 at 3:50 p.m. at IU Health Bloomington Hospital. She was born on February 22, 1951 in Hammond, Indiana to Willie and Violet Garland. She was a retired CNA from White River Lodge in Bedford
Survivors include her son Mark Harris and his wife Rachael of Bedford; daughter Debra Guess of Chesterton, Fiancé’ Steve Miller of Mitchell; sister Doris Jones of Bedford; cousin that is like a daughter Sandy Adams of Bedford; grandchildren; Brooke, Bailey, Brianna, Ryan, Bruce, J.T., Taylor and Isaiah
She was preceded in death by her parents; one brother Roy Garlan; nephew Jeremy Smith and cousin Mary Jane Baker
Memorial services will be held on Friday June 27, 2014 at 1 p.m. at Cresthaven Funeral Home. Friends may call on Friday June 27, 2014 from 11:30 a.m. until service time at 1 p.m. at Cresthaven Funeral Home
Francis Wayne “Frank” Merry – Orleans
Francis Wayne “Frank” Merry, 77, passed away Tuesday, June 24, 2014, at Indiana University Health Paoli Hospital.
Born April 2, 1937, on the outskirts of Huron, he was the son of Orland R. and Josephine D. (Hicks) Merry. He was one of ten children.Graduating from Huron High School in 1955, he took memories with him of his school days including a legendary fish fry in home economics where the class accidentally used soap flakes instead of cornmeal, and a large New York and Washington D. C. trip that he spoke of throughout his life. He was always a hard worker who enjoyed a job well done. He was a milk man for Holland Dairy, a Pepsi truck driver, and had a short stint as a commercial fisherman off the Gulf of Mexico. In 1966, he hired in at General Motors in Bedford. Exactly 30 years later, he retired in 1995. Through this time he was one of the founding members of Hoosier Hills Credit Union, active in UAW Local No. 440, volunteered with Santa’s Helpers, and sold logs for log homes. Frank enjoyed sharing stories of his life and was a man of vision. He could be found in a grove of pines the last of April into May hunting mushrooms. Other hobbies he enjoyed were fishing, watching the deer and turkeys, building things, having big meals with family and friends, smoking good cigars, and watching western movies and his dear puppy dogs.
Survivors include his loving wife, Gayla (Eagan) Merry, Orleans; daughters, Anna (Aaron) Westfall, Orleans, Debbie (Kurt) Hutchinson, Bedford, Pam (Robert) Bex, Mitchell, Carol (Gordon) Phillips, Mitchell, Connie Wilson, Mitchell; 11 grandchildren; 17 great grandchildren; siblings, Eugene (Rosie) Merry, Mitchell, Donald Merry, Bedford, Shirley Smith, California, Doris Flath, Bloomfield, Darlene (Gary) Sullivan, Mitchell, Cathy Wineinger, French Lick, four puppy dogs, Betty, Scout, Paddy, and Gypsy, will miss their daddy very much.
His parents; son, Ricky W. Merry; brother, Norman Merry; and sisters, Barbara Waltz, and Imogene Merry, preceded him in death.
Funeral service will be at 1 p.m. Thursday, June 26, in the Memorial Chapel of Chastain Funeral Home & Cremation Center with Aaron Westfall and Aaron Poole officiating. Burial will be in Huron Cemetery. Friends may call from 11 a.m. until the service on Thursday at the funeral home.
Condolences may be sent to the family at www.chastinfuneralhome.com