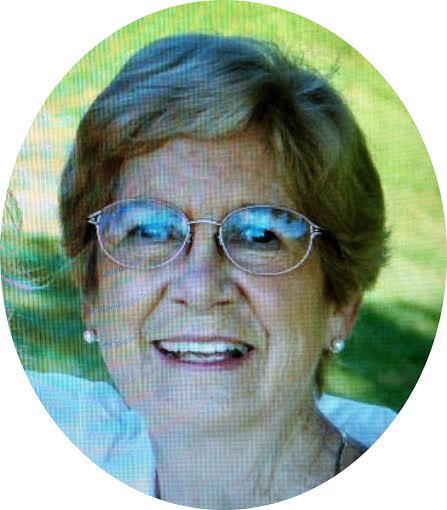 Delores L. “Dottie” Duncan, 82, of Tunnelton Road, died early Thursday morning, June 12, 2014, at the University of Louisville Hospital.
Born January 19, 1932, she was the daughter of Louis and Hattie Mae (Wilcutt) Tiemeyer. She married Richard (Dick) Duncan on Sept. 15, 1956, at the First Presbyterian Church in Brownstown, and he preceded her in death.
She was a graduate of Vallonia High School with the class of 1949 where she was a cheerleader. She attended Indiana University. In her working career, Dottie taught elementary school in several cities where she and Dick resided. In Auburn, IN she gained a position at the Evening Star newspaper as a proof reader. She moved into a news reporter role and for many years was Editor for the ‘Living in Style’ Section. She also was a reviewer of music concerts and plays. When she and Dick moved to Bedford in 1986, she began a career at the Times Mail where she held many roles in advertising. In retirement, Dottie became involved in many charitable organizations, including being active on the boards of Altrusa Club and the Bedford Parks Dept. She volunteered at Dunn Memorial Hospital, the Historical Society and the Success & Opportunity at Reading (SOAR!) program where she taught many adults the delight of reading and being literate. Dottie was a member of the Leatherwood Christian Church. She loved golf, attended plays, musicals and movies, gardening and shopping! She was the best mother, mother-in-law, grandmother, aunt and friend that you could hope for. She left a mark on everyone and everything she touched and will be sorely missed.
Survivors include two sons, Ronn Michael Duncan of Bloomington and Drew Richard Duncan and wife, Lisa, of Louisville, KY; one granddaughter, Katherine Vay Duncan and one grandson, Jacob Christopher Duncan, both of Louisville, KY; one sister-in-law, Sally Hall of Bedford; several nieces and nephews. She was preceded in death by her parents, two brothers, Bernard and Glenn, and three sisters, Opal, Faye and Ileen.
Funeral services will be conducted at 11 a.m. on Monday, June 16, 2014 at the Leatherwood Christian Church with burial to follow at the Leatherwood Cemetery. Visitation will be from 2-6 p.m. on Sunday, June 15 at the Day & Carter Mortuary.
The family asks that friends consider memorial contributions be made to SOAR! of Lawrence County or to the Leatherwood Christian Church.
Family and friends are invited to sign the guest book and light a candle in memory of Dottie at www.daycarter.com.
Sharon M. Tedrow – Sioux Falls, SD
Sharon M. Tedrow, 62, of Sioux Falls, SD, passed away on Saturday morning, June 7, 2014 at her winter residence in Moore Haven Fl.
She was born on January 11, 1952 in Bedford to the late Fred and Jean (McKnight) Chaney.
She married Warren Bret Tedrow on June 9, 1979 at the Leatherwood Christian Church. She graduated from Needmore High School in 1970 and was of the Christian Faith. Sharon was an RV Park Manager for the United States Corps of Engineers in Florida.
She is survived by her husband, Warren Bret Tedrow, of Sioux Falls, SD; one sister Waunona and Kenny Bardford of Bedford’ two nieces Amber Bradford, of TN and Katrina Bradford, of Norman; two nephews Bill and Bobby Tedrow of Mitchell.
Visitation will be at the Queen-Lee Funeral Home in Shoals on Saturday, June 14 from 11 a.m. until the hour of service at 2 p.m. Burial will be in Spring Hill Cemetery.
Online condolences may be made to the family at www. queenlee.com