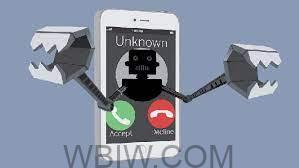 INDIANA – On the same day he notched a major court victory in one robocalling case, Attorney General Todd Rokita took new actions to bring such scammers to justice in another legal battle.

“We are going to stay on the attack against these robocallers who victimize Hoosiers and other Americans across the country,” Attorney General said. “Many of these scammers know how to hide in the technological shadows and avoid prosecution, but we will not waver in our commitment to search them out and hold them accountable.”

The significant win came Sept. 9 when a U.S. district court denied a motion to dismiss Attorney General Rokita’s lawsuit against VoIP Essential Inc. and several other defendants that allegedly assisted and facilitated robocalls to Hoosiers from India, the Philippines, and Singapore.

That case began when Attorney General Rokita filed suit in October 2021 against Startel Communication LLC, an Indiana company, and several other defendants for allegedly assisting and facilitating the robocalls coming from overseas.

Ultimately, this win makes it clear that Attorney General Rokita can investigate and bring enforcement actions against Voice over Internet Protocol (“VoIP”) providers that allegedly transmit unwanted and illegal robocalls.

Also on Sept. 9, Attorney General Rokita filed two motions for summary judgment and a request for a default judgment in a multistate action against another alleged robocalling operation. The eight-state case against Rising Eagle Capital Group LLC and other associated defendants began in a Texas district court, but Attorney General Rokita’s team has authored the most recent motions.

The defendants allegedly sent 26 million calls to more than 1.16 million unique phone numbers on Indiana’s Do Not Call list. The motions for summary judgment represent accumulated work over several years and include the contributions of eight states working in conjunction to hold the alleged robocallers responsible.

“Fighting robocalls and robocallers will take cooperation from our state and federal partners, as well as those in the industry,” Attorney General Rokita said. “I am proud to lead our state in this fight.”

Last month, Attorney General Rokita announced Indiana is leading the nationwide Anti-Robocall Litigation Task Force, which will include 50 attorneys general. The bipartisan task force will investigate and take legal action against the telecommunications companies responsible for bringing a majority of foreign robocalls into the U.S.