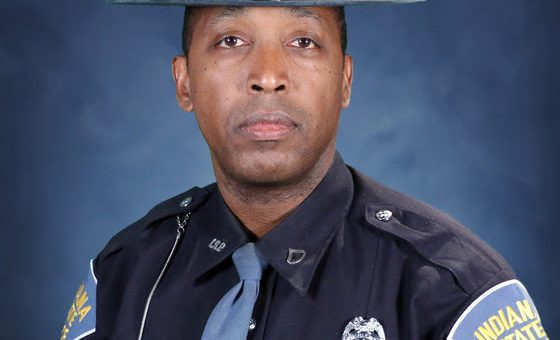 LOWELL – Indiana State Police Master Trooper Rob Latiker has retired after 25 years of service to the citizens of Indiana.

After graduating from Thornton High School in 1990, Rob attended Purdue University Calumet where he graduated with a bachelor’s degree in political science.  In 1997, he was selected to attend the 55th Indiana State Police Academy, graduating in August 1997.

Rob spent his entire career at the Lowell Post, with a brief assignment to the Indiana Gaming Commission (IGC) where he was assigned to the former Horseshoe Casino in Hammond.

During his career, Rob was a field training officer (F.T.O.), Standardized Field Sobriety Instructor, and worked special assignments at the Indiana State Fair.  In 2008, he received his master’s degree in social work from Indiana University Northwest.

In addition to being a state trooper, Rob has served our country in the Indiana National Guard for the last 19 years and currently holds the rank of captain.  Rob stated, “My 25-year career afforded me the opportunity to work in my community and alongside some of the greatest law enforcement officers in the United States.”