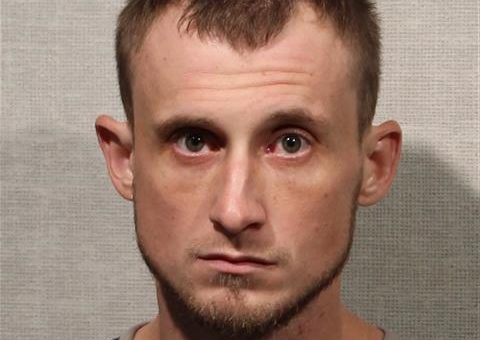 SEYMOUR – The Jackson County Sheriff’s Department has made an arrest in the 2021 murder of Lisha “Lee” Ann Branum, 58, of Seymour.

The investigation began on November 10, 2021, after the Sheriff’s Department responded to a 911 call reporting Branum had been found deceased in her home near the 400 block West of County Road 1050 North.  Branun died from a gunshot wound. Crime scene technicians from the sheriff’s department and Indiana State Police responded to process the scene.

According to the probable cause affidavit, the initial investigation began with few leads that led to multiple interviews and numerous search warrants.  The investigation led to Brady A. Parrish, 25, of Kurtz, Indiana, as a suspect in the murder.

The case against Parrish was presented to Jackson County Prosecutor Jeffrey Chalfant at the end of August.  After reviewing the case, Prosecutor Chalfant filed a charge of murder and Jackson Circuit Court Judge Richard W. Poynter issued an arrest warrant for Parrish.

Jackson County Detectives Clint Burcham and J.L. McElfresh traveled to Missouri and worked with the Kansas City Police Department, arresting Parrish on the warrant on August 30, 2022 at 2 p.m.

The extradition process was completed on Friday, September 9, 2022 and Parrish was transported from Missouri to the Jackson County Jail arriving on Saturday, September 20th. He awaits an initial hearing on the charges.

“This case is an example of excellent and diligent police work, leading to the identification and arrest of a suspect,” said Sheriff Rick Meyer. “It has been a lengthy and complex investigation and our officers deserve all the credit for their hard work.”