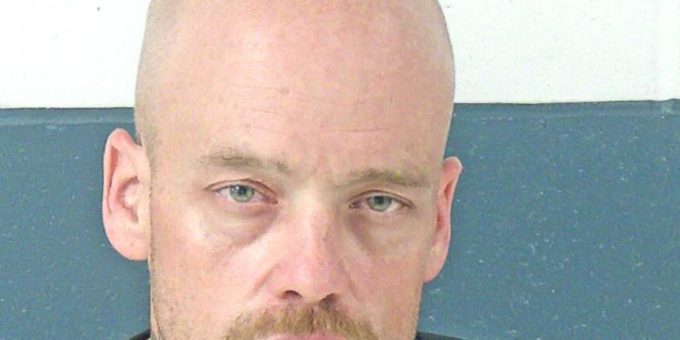 According to police, one driver told police the other driver had fled the scene.

The male told police that 43-year-old David Henderson came up to his vehicle after the crash and asked him if he was hurt. Henderson then fled the scene on foot.

When police arrived at the home they found Henderson attempting to leave in an older black pickup truck. He was asked to step out of the vehicle and identify himself.

Officers learned Henderson was wanted on outstanding warrants in Lawrence County and he was detained.

Henderson told police he didn’t want to speak about the accident.

Henderson was then arrested on the outstanding warrants along with a new charge of leaving the scene of an accident.