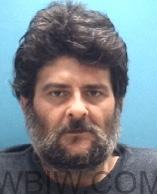 COLUMBUS – One Columbus man is dead and another is behind bars charged with murder.

Early Friday morning, Columbus Police Department, found 61-year-old Coy Wayne Thompson of Columbus along a woodline near the road after a reported disturbance at about 1:40 a.m. near Indianapolis and Tellman Roads.

Thompson was taken to Columbus Regional Hospital where he was pronounced dead. An autopsy was scheduled over the weekend but no cause of death has not been made public.

After an investigation by the Bartholomew County death investigation team, officers arrested 43-year-old Joshua R. Davis of Columbus on a preliminary charge of murder.