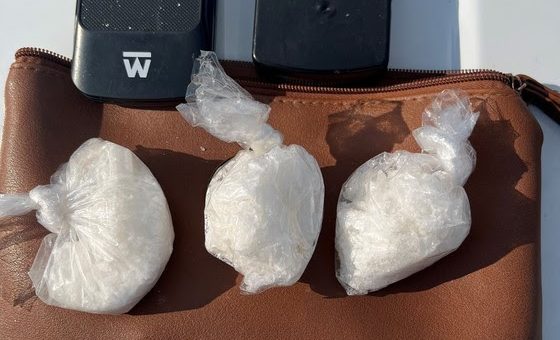 Trooper Turchi and Howell initiated a traffic stop on a 2000 Chevrolet Blazer for traveling 75 mph in a 60 mph zone. While speaking with the driver, she initially provided troopers with a fake name. Troopers later identified the driver to be Lynette Brandt, 55, from Danville, IL.

During the traffic stop, troopers recognized indicators of criminal activity and obtained probable cause to search the vehicle. During the vehicle search, troopers located three bags of suspected methamphetamine, pills, and drug paraphernalia. The preliminary weight of the methamphetamine is 88 grams, but the Indiana State Police Laboratory will determine the actual weight.

Brandt was taken into custody and transported to Warren County Jail on charges of dealing meth, possession of meth, deception of a legend drug, identity deception, and possession of drug paraphernalia.

Troopers were assisted on the scene by Maskel’s Towing.