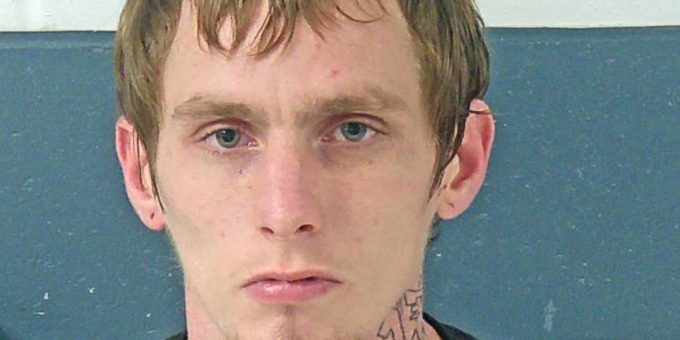 BEDFORD – A man was arrested on a warrant charging him with battery resulting in bodily injury after an incident on July 21, 2022.

According to a probable cause affidavit, on that day at 12:18 p.m., Mitchell Police officers responded to 205 South 5th Street (“Heartbreak Hotel”) after a report of a battery.

When officers arrived they spoke to a female who had facial injuries and blood on her face.

The woman refused to talk about the incident or tell police who had hurt her.

An ambulance responded to the scene. The woman refused medical treatment.

A second woman told police when she arrived she found the victim bleeding. The second woman stated that the victim told her that Goen and another male had struck her in the face numerous times.