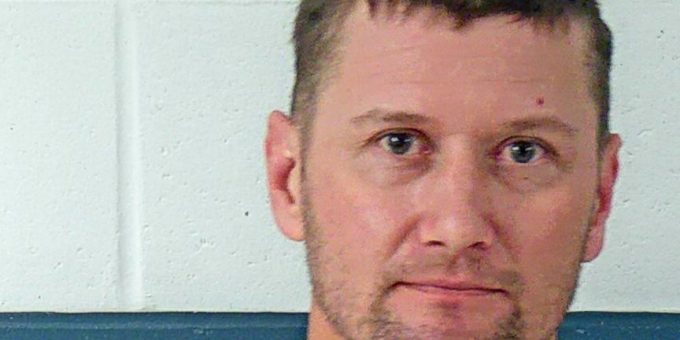 BEDFORD – A Florida man was arrested Wednesday when a Bedford Police officer stopped a silver 2005 Chevrolet Uplander after the driver failed to signal while changing lanes on 16th Street and nearly struck another vehicle.

The driver was stopped near the intersection of 16th and K streets.

The female driver told police she did not have her driver’s license on her and provided the officer with her date of birth and license number.

The woman told police she was not from this area and thought the lane ended.

The passenger in her vehicle was 39-year-old James Barber from Lakeland, FL.

Both the woman and Barber appeared nervous.

Police say the woman avoided eye contact and her hands were trembling and she was talking rapidly.

A canine was requested to the scene when the female driver denied police permission to search the vehicle.

Canine Zazu alerted officers to possible drugs on the passenger side of the vehicle.

During a search of the vehicle, officers found a sealed bag of syringes in the passenger door, a glass smoking pipe with meth residue, and a loaded syringe in the woman’s purse that she had opened looking for her license.

In a cigarette pack belonging to Barber, officers found a baggie that contained crystal meth.

Barber denied the cigarettes were his and said he had just grabbed them when he got out of the vehicle.

Both Barber and the driver were detained.