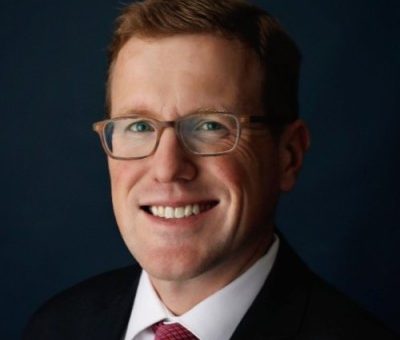 INDIANAPOLIS – Governor Eric J. Holcomb Wednesday announced that he has appointed David E. Veleta to fill a vacancy on the Indiana Utility Regulatory Commission (IURC) caused by the resignation of David Ober on June 21, 2022. The current term will end January 31, 2024.

“David is well-respected in the utility industry, by the IURC Commissioners and staff members,” said Gov. Holcomb. “He has a solid understanding of the complex industry as it relates to assessing affordability and exploring current and future generation. He will be an asset to Indiana’s utility regulation.”

Veleta is a senior administrative law judge (ALJ) with the IURC and has been with the commission for 13 years. Prior to his time with the IURC, he served as a deputy prosecutor in Marion County and before that he worked in private practice.

Veleta earned his bachelor’s degree from Franklin College and received as law degree from the University of Dayton School of Law. Veleta resides in Johnson County.

When a vacancy occurs on the IURC, applications are solicited from the public and accepted by a seven-member nominating committee. The committee, comprised of four legislative and three gubernatorial appointments, screens the applications, and conducts interviews that are open to the public. After conducting the public interviews, the nominating committee recommends three candidates to the governor who then names a new member to the commission.