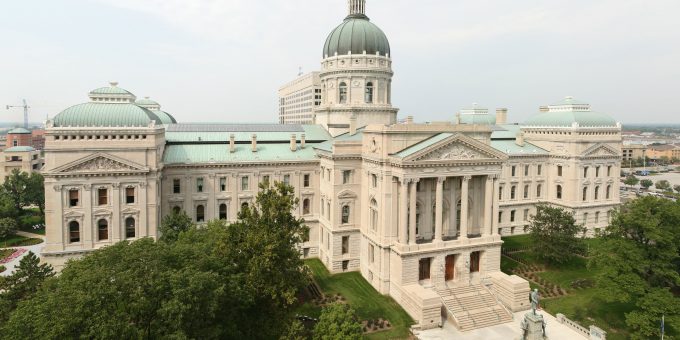 INDIANA — Today, the first abortion ban to pass following the U.S. Supreme Court’s decision to overturn Roe v. Wade went into effect, banning nearly all abortion in Indiana. After the court’s June 24 decision, Indiana lawmakers wasted no time calling a special session in less than a month and passing Senate Bill 1 (S.B. 1) in only two weeks.

The ban outlaws abortion almost entirely, threatening providers with criminal penalties and limiting exceptions to just the rarest of circumstances. Even if a patient meets the limited exceptions included in the law, they must receive care at a hospital, which is neither affordable nor widely accessible, because legislators wrote abortion clinics out of the state health code.

Planned Parenthood, along with other reproductive rights organizations, health care providers, and a pregnancy resource center, filed a lawsuit against the bill on August 31 that will get a hearing on Monday, September 19. At the hearing, plaintiffs will argue for a preliminary injunction to block the bill and restore access to abortion across the state. Without relief from the court, the ban will remain in effect and Hoosiers will be left without access to basic, safe, and time-sensitive health care.

“This is a devastating day for the people of Indiana,” said Rebecca Gibron, CEO of Planned Parenthood Great Northwest, Hawai’i, Alaska, Indiana, and Kentucky. “The Indiana legislature and Governor Holcomb have stripped Hoosiers of their ability to control their bodies and make their own health care decisions. They’ve inserted the government between patients and doctors. And they’ve threatened physicians with up to 12 years in jail for providing basic health care. Let me be clear: This is not the Indiana that Hoosiers want. We will go to every length to restore Indiana’s right to abortion.”

“This is about so much more than abortion. This is about our power to control our own bodies and destiny. This ban was created with the intention of hurting patients and attacking providers. The cruelty is the point,” said Alexis McGill Johnson, president and CEO of Planned Parenthood Federation of America. “While today is devastating, it is not the end. We will have the final word. We will continue fighting this ban until every single person in Indiana can get the abortion care that they need and deserve.”

There are approximately 1.5 million people of reproductive age in Indiana who will now be forced to either travel across state lines for care or carry unwanted and potentially dangerous pregnancies to term. This cruel reality will disproportionately impact underserved communities in a state that already has the third highest maternal mortality rate and one that is 1.5 times the national average for Black Hoosiers.

With the ban taking effect, Indiana joins states across the region eliminating access for thousands of patients in desperate need of vital reproductive health services and in some cases, life-saving abortion care. This has already been seen in the media, with patients, including a 10-year-old rape survivor, traveling from neighboring states like Ohio for care. Without access in Indiana, the abortion desert in the region will grow and impact far beyond just the Hoosiers residing within the state’s borders.