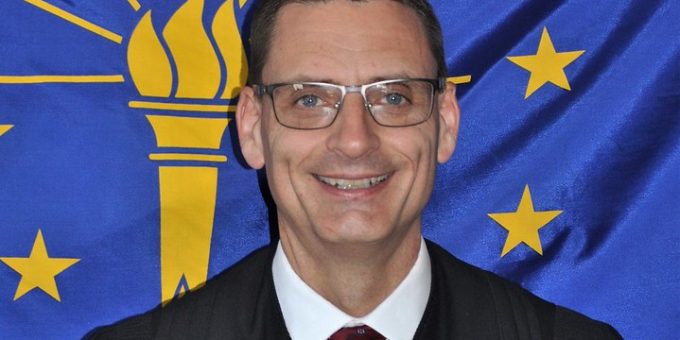 “Judge Foley brings to the bench a calm and confident demeanor no matter the case before him or its complexity,” said Gov. Holcomb. “The Indiana appellate courts will benefit from his extensive experience, his compassion to do what’s right, and his sense of justice.”

Judge Foley has played a pivotal role in helping those suffering from mental health and addiction. In 2016 he collaborated with local stakeholders to establish the Residential Substance Abuse Program in Morgan County. Since its implementation, the program has become a model for other counties to replicate.

He serves as a member of the Morgan County Justice Reinvestment Advisory Council which oversees the residential jail substance use disorder treatment program. Judge Foley was appointed in 2017 to the Advisory Task Force on Remote Access to and Privacy of Electronic Court Records to help examine the release of court records while maintaining personal privacy in a digital environment.

“I am humbled and deeply honored by Governor Holcomb’s appointment,” said Judge Foley. “I look forward to the opportunity to work with the other judges of the Court of Appeals for the advancement of justice in the State of Indiana. I am privileged to follow Judge Najam, who exemplified the characteristics of a strong judicial leader. I remain committed to the rule of law, leadership within the judiciary, and service to my community.”

Following graduation, Foley returned to Martinsville where he practiced law as a third-generation attorney at his grandfather’s firm. He then served for many years as the county attorney for Morgan County. In 2014, he was elected to serve as the Judge of the Morgan County Superior Court I.

Foley continues to give back to his community with a focus on supporting the next generation of students entering law. Judge Foley speaks to high school students about the judicial system and offers internships and job shadow opportunities in his courtroom.

Judge Foley lives in Martinsville with his wife Jill, an occupational therapist where they raised their two college-aged children.

A date for Foley’s robing ceremony will be determined by the Indiana Court of Appeals.