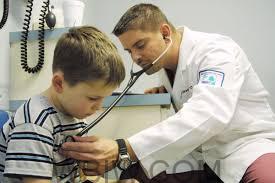 INDIANA – Doctors across the United States have seen an increase among children of a respiratory virus that can cause polio-like muscle weakness.

In most cases, enterovirus D68 (EV-D68) causes a respiratory illness with mild symptoms. But it can result in a condition called acute flaccid myelitis (AFM) which can cause inflammation of the spinal cord. Those suffering from the illness can have trouble moving their arms or experience muscle weakness. In severe cases, it can lead to respiratory failure or life-threatening neurologic complications.

The condition has several similarities to polio, although there is no vaccine for AFM.

According to an alert issued by the Centers for Disease Control and Prevention, pediatric hospitalizations are on the rise among patients with severe respiratory illness who tested positive for rhinovirus (RV) and/or enterovirus (EV). Some of the patients have also tested positive for EV-D68. Doctors are reporting a higher number of cases than in previous years. In the United States, RVs circulate year-round, with typical peaks in the spring and fall. The typical EV season is late summer and early fall; similarly, EV-D68 is thought to peak in late summer and early fall.

In 2014, an outbreak of enterovirus D68 was reported in multiple states, including Indiana. The outbreak involved nearly 1,400 people, although an undercount is very likely because many who experienced mild symptoms didn’t get tested. Increased activity was also reported in 2016 and 2018, with lower circulation in 2020 likely due to COVID-19 mitigation measures.