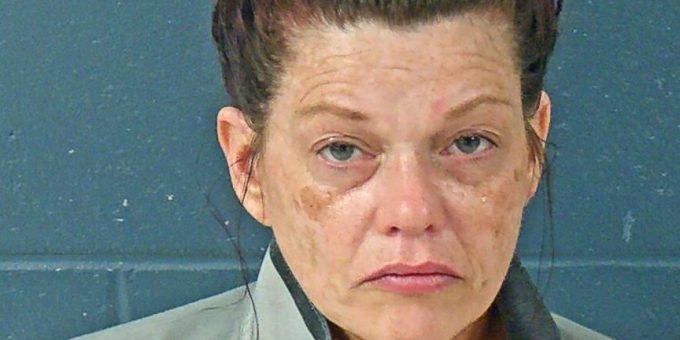 BEDFORD – A Bedford woman was arrested on a warrant after an incident on April 10, 2022.

According to a probable cause affidavit, on that day at 3:14 a.m. Bedford Police officers were requested to the Circle K at 1428 16th Street after a report of a woman passed out behind the wheel of a PT Cruiser in the parking lot.

When officers arrived they found Jones slouched over the steering wheel unconscious. Officers knocked on the window to wake Jones. Jones told police she had just fallen asleep after purchasing a drink at the gas station.

Jones denied that she had been drinking or taking any medications when police questioned her.

She was then requested to step out of the vehicle. Jones had a knife clipped on her left jean pocket. Officers took the knife and placed it back in Jone’s vehicle.

She then gave officers consent to search her person and her vehicle.

At that point, Jones said,  “please don’t take me to jail”.

In Jone’s shirt pocket, police found a glass pipe that contained meth residue. Police found two marijuana vape cartridges and also located Gabapentin which Jones did not have a prescription for in her purse.

Jones passed field sobriety tests and was released from the scene. The information was forwarded to the Lawrence County Prosecutor’s Office and a warrant was issued for her arrest.