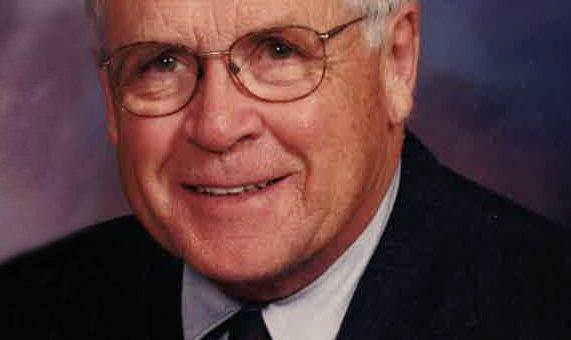 Gene was a 1948 graduate of Mitchell High School and received his bachelor’s degree from Franklin College in 1953. He worked for the General Accounting Office in Washington D.C. and was a U.S. Army Veteran. Gene was a member of the American Legion Post No. 250 where he had been Treasurer and participated in the Honor Guard. He was a 50-year member of Mitchell Masonic Lodge No. 228 F. & A.M. Gene enjoyed horses and ranching.

The funeral service will be at 1:00 p.m. Tuesday, September 13, in the Memorial Chapel of Chastain Funeral Home & Cremation Center with Pastor Dwight Dunbar officiating. Burial will be in Mitchell Cemetery with military rites accorded by American Legion Post 250 and VFW Post 9107. Friends may visit from 11:00 a.m. until the time of the service Tuesday at the funeral home.

After the service, there will be a Celebration of Life at the family home because Gene’s final wish was to buy everyone lunch.