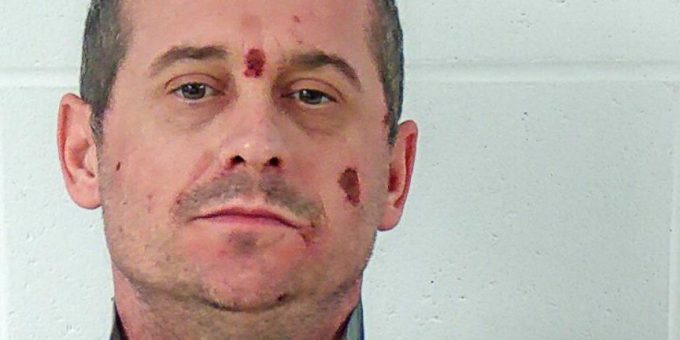 BEDFORD – A Bedford man was arrested when Bedford Police officers were called to 1207 3rd Street on Tuesday, September 6th after a report of a man knocking on a door saying he had been shot in the stomach. But the caller didn’t believe the male had been shot.

Officers found 38-year-old Jason Phillips at his home at 1211 3rd Street. Officers noted that Phillips seemed in distress and had blood on his chest and hands when he opened the door.

An officer attempted to speak to Phillips but he retreated back into the house leaving the door open. Officers entered the home and found Phillips in a bedroom holding a razor blade box knife. He was told to put the box knife down which he did. He was then detained and placed in handcuffs.

Phillips confirmed that he did knock on the other person’s door because someone had called him about putting a floor in the home. He stated he then went to the home to tell them they shot him. He told police that Google had told him that they had shot him.

Police say Phillips was “very confused” and was “not making any sense”.

Officers said Phillips had no injuries consistent with a gunshot wound.

Officers then viewed the security video of the incident at the other home. The video showed Phillips coming onto the porch and speaking with the female caller.

Officers later learned that the homeowner had a no trespass order filed against Phillips.

Phillips was arrested on a charge of criminal trespass.