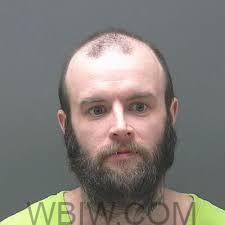 WASHINGTON – Police arrested 33-year-old Brandon Goble, on Thursday, September 8th after Washington Police Department officers were called to NW 16th and Jackson streets at 6:45 p.m. after a report of a stabbing.

When police arrived Goble had fled but located a 45-year-old man from Washington who had been stabbed. The male victim was transported to Daviess Community Hospital for treatment.

Investigators learned Goble was with a female from Vincennes. With quick assistance from the Vincennes Police Department, Goble was located and arrested without incident.

Goble was arrested on charges of battery resulting in serious bodily injury and intimidation.