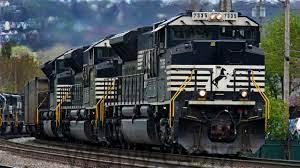 INDIANA — Indiana Chamber of Commerce President and CEO Kevin Brinegar comment on the negotiations between the nation’s six largest freight railroads and 12 unions.

“We are on the verge of an economic disaster if a national rail strike occurs. This will have devastating consequences for Indiana manufacturers, especially those in the agribusiness and automobile industries, with those perishable commodities being impacted almost immediately since there is no ability to delay those shipments. Hoosiers also will feel the effects given the country’s already compromised food chain.

“If the remaining two unions do not agree to the deal that the 10 others have, the federal government must intervene. We are in contact with Indiana’s congressional members and are urging them to raise this issue to a level of emergency with all they can to spur the necessary action.”

Two of the largest railroad unions in negotiations with railroad carriers have drawn a line in the sand: They are demanding more quality-of-life provisions be put into the contract, covering attendance policies, vacation, and sick days, or they will strike.

The Brotherhood of Locomotive Engineers and Trainmen and the SMART Transportation Division represent half of the railroad union workers.

“The railroad has brought its labor woes on itself,” said a labor insider with knowledge of the negotiations. “They have made steep staffing cuts to appease shareholders and improve their bottom line. Workers are burned out. You have heard from the railroads they are hiring but they are not retaining talent because of the point system where you are on call for 12 hours a day and you have to be an hour or less away from your job. They are being held hostage.”

Starting Monday, the railroads are securing and managing security-sensitive freight and hazmat cargo such as chlorine used by public water departments to purify drinking water and chemicals used in fertilizers in the event of a strike. Norfolk Southern issued an alert to customers on the measures.

“We have communicated to our customers that we will temporarily halt certain types of shipments beginning September 12. In addition, to safely ramp down our network and enable us to bring service back quickly, certain other customers will see a preliminary curtailment of service before September 16.”

The Association of American Railroads says the carriers are following federal regulations.

“Operational changes required to prepare for a safe, orderly suspension were delayed as long as possible,” a railroad spokesman wrote in an email to CNBC. “With less than a week away from a potential service interruption, carriers are obligated to take appropriate actions to prepare, which include making plans for handling HAZMAT shipments, as well as other freight that may be impacted if service must be reduced or stopped. Notification to customers is an essential part of that contingency planning.”

The spokesman added that railroads do not believe a national service interruption is inevitable, “but the time has arrived when certain customers will begin to be impacted if agreements are not reached.”

A rail labor union spokesperson told CNBC: “The railroads cannot legally lock us out so they are resorting to the extortion of the shippers. Impacting the supply chain so the shippers will go to Congress demanding intervention. Congress must not cave.”

While rails say they have been hiring aggressively amid the supply chain struggles, the U.S. Surface Transportation Board has reported the largest freight railroads in the U.S. have reduced their workforce by 29% in the last six years.

Around 40% of the nation’s long-distance trade is moved by rail, more than any other form of transportation. If the unions strike, more than 7,000 trains would be idled and the rail industry has estimated it would cost the economy up to $2 billion per day.

The American Trucking Associations wrote a letter to Congress urging action — as have several other industry groups representing sectors including retail and agriculture — and noting that a current trucker shortage makes it difficult for the industry to handle more freight.

“Idling all 7,000 long-distance daily freight trains in the U.S. would require more than 460,000 additional long-haul trucks every day, which is not possible based on equipment availability and an existing shortage of 80,000 drivers,” said ATA President and CEO Chris Spear in the letter. “As such, any rail service disruption will create havoc in the supply chain and fuel inflationary pressures across the board.”

Eight out of the 12 unions have reached tentative agreements with the railroad carriers, according to the National Carriers’ Conference Committee. They did not negotiate the quality-of-life provisions, sources familiar with the negotiations tell CNBC. The unions have what are called “Me Too” agreements, which means whatever benefits the BLET and the SMART unions agree to in their contracts with the carriers, other union members receive.

“If this contract is presented to our members in its current form, it will not pass,” said a labor spokesperson to CNBC. “The workers are angry. They want movement on attendance policies and not be afraid to take a sick day or vacation day without the fear of termination. There will be no ratification unless this is addressed.”

A railroad spokesperson told CNBC they would not comment on ongoing negotiations, but stressed, “The railroads remain in active discussions with the unions that have not yet reached tentative agreements and will continue making every effort to reach agreements based on the PEB recommendations.”

In July, President Joe Biden appointed a Presidential Emergency Board in hopes of averting a strike and making recommendations that railroads and labor unions could agree on.

Attendance policies and staffing have been a point of contention over the last two years of this negotiation. More than 700 union workers quit after BNSF, a wholly owned subsidiary of Berkshire Hathaway, instituted a points-based attendance system in February. The system was revised in May but union workers say the modifications did not fix the safety issues calling it “brutal.” Labor sources tell CNBC employees would be penalized for taking a day off to go to their parent’s funeral.

The railroad has contended that the new policy is critical to making sure it has enough workers available for its trains. Rails have faced scrutiny for worsening service from unions, shippers, and regulators.