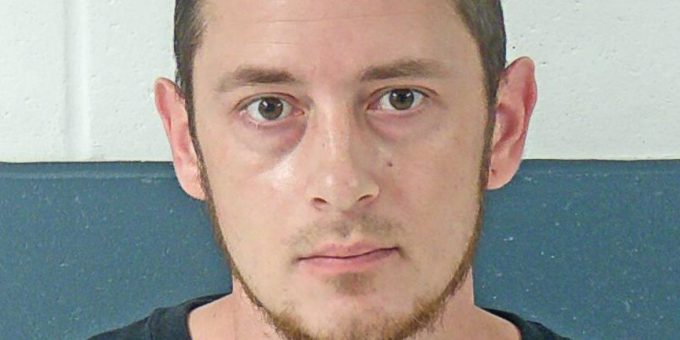 BEDFORD – A Bloomington man was arrested on Thursday, September 8th after Bedford Police officers investigated a report of a stolen vehicle

According to a probable cause affidavit, at 3:43 p.m. officers were called to 2910 Evergreen Drive. The owner of the stolen vehicle was temporarily staying at this home after being released from the hospital.

When police arrived they spoke to the owner of the stolen 2015 black Chevrolet Equinox, who said his vehicle had been parked at 2325 I Street. He further stated that a relative noticed his parked vehicle was missing on September 1, 2022.

On Thursday, September 8th, the police department received a call that the stolen vehicle was once again parked at the 2325 I Street.

Officers went to the scene and found the missing vehicle was locked and no damage to the vehicle. The officers contacted the owner and retrieved the keys so the vehicle could be processed for evidence.

Officers also obtained the keys to the male’s apartment and when they entered they found 33-year-old Michael Shake, 33, of Bloomington, sleeping on a couch covered up with a blanket.

He was ordered to stand and was detained.

Located under the pillow was a loaded .380 pistol.

Shake told police he knew the tenant through a mutual friend and he had been staying inside the apartment for about a week.

He stated he had taken the car keys on at least two occasions.

The owner of the vehicle told police he knew Shake but had not given him permission to be inside his apartment or to drive his vehicle.

Shake told police he was staying at the apartment because he had “nowhere else to go and he found out the owner wasn’t staying there”.

Shake told police he entered the apartment through a front window. He had “cooked some food” and found the firearm in the apartment and was “just looking at it”.

The officer told Shake he wasn’t looking at it if he was asleep.

Shake did tell officers he had driven the vehicle two days ago to go to his daughter’s birthday party. He also admitted that he used it on at least one other occasion.

In the apartment, officers found “a minimal amount of marijuana and other drug paraphernalia”.

Shake was arrested on charges of burglary, auto theft, residential entry, six counts of theft, and unlawful entry to a motor vehicle.