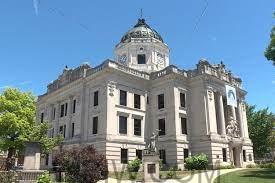 BLOOMINGTON – The evening of September 14 marks the final hours before a near-total abortion ban goes into effect in Indiana. Hoosiers will gather at the Monroe County Courthouse to mourn the loss of their reproductive freedoms, share their stories and join the fight to get their rights back.

The event will be held on Wednesday, September 14, from 5:30 p.m. until 7:00 p.m. EDT at the Monroe County Courthouse, at 100 West Kirkwood Avenue in Bloomington.

Vigil speakers will include State Senator Shelli Yoder, Mayor John Hamilton, and Mayor Tom McDermott, a candidate for U.S. Senate, among others.

“We must allow women to retain full personhood and freedom, leave healthcare workers to do their jobs, and do some real work for the Hoosiers who elected us,” State Senator Yoder said in a statement.

In the wake of the Dobbs decision and the Indiana abortion ban, pro-choice groups in Indiana have organized and strengthened their memberships. Wednesday’s vigil will promote Hoosiers’ involvement in advocacy efforts, including engaging legislators, getting out the vote, and fundraising.

The event is organized by Hoosier Jews for Choice and Monroe County NOW, and co-sponsored by NAPAWF-IN, All Options Pregnancy Resource Center, Monroe County Women’s Commission, City of Bloomington-Mayor’s Office, Enough is Enough, B-town Repro Rights, and others.

About Monroe County NOW: The Monroe County chapter of the National Organization for Women in Bloomington, Indiana, is dedicated to intersectional feminism, fighting for constitutional equality, reproductive rights, freedom from violence, and social justice for all women. IN0150 Monroe County NOW was officially founded in 2017, joining hundreds of others in all 50 states and the District of Columbia. The original NOW chapter was founded in 1966 in Washington, D.C.