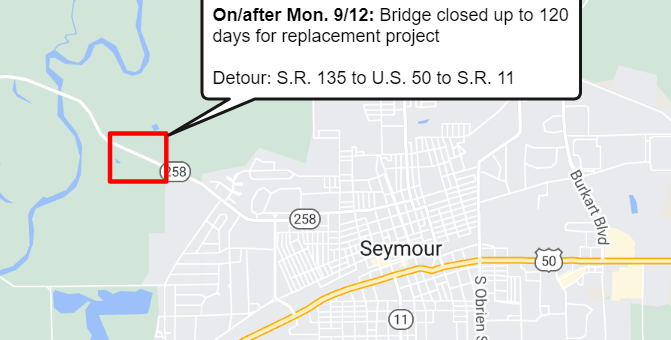 The $3.9 million contract was awarded in March and also includes a superstructure replacement on S.R. 11 that began in June near Rockford. INDOT reminds drivers to slow down, use caution and avoid distractions in and near active construction zones. All work is weather-dependent and schedules are subject to change.