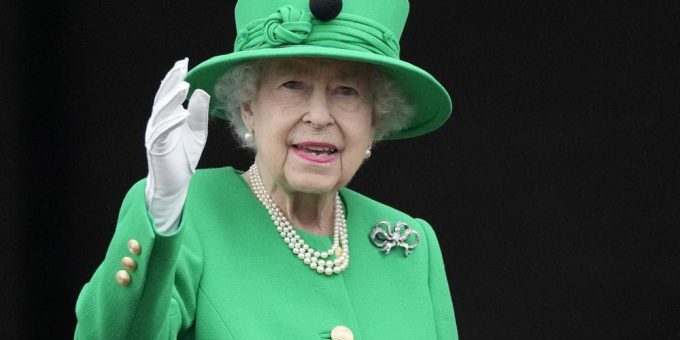 LONDON — Queen Elizabeth II, Britain’s longest-reigning monarch and a rock of stability across much of a turbulent century, died Thursday after 70 years on the throne. She was 96.

The palace announced she died at Balmoral Castle, her summer residence in Scotland, where members of the royal family had rushed to her side after her health took a turn for the worse.

A link to the almost-vanished generation that fought World War II, she was the only monarch most Britons have ever known.

Her 73-year-old son Prince Charles automatically becomes king, though the coronation might not take place for months. It was not immediately known whether he will call himself King Charles III or some other name.

The BBC played the national anthem, “God Save the Queen,” over a portrait of her in full regalia as her death was announced, and the flag over Buckingham Palace was lowered to half-staff as the second Elizabethan age came to a close.

The impact of her loss will be huge and unpredictable, both for the nation and for the monarchy, an institution she helped stabilize and modernize across decades of huge social change and family scandals.

In a statement, Charles called the death of his mother “a moment of the greatest sadness for me and all members of my family,” adding: “I know her loss will be deeply felt throughout the country, the Realms and the Commonwealth, and by countless people around the world.”

World leaders extended condolences and paid tribute to the queen.

In Canada, where the British monarch is the country’s head of state, Prime Minister Justin Trudeau saluted her “wisdom, compassion and warmth.” In India, once the “jewel in the crown” of the British empire, Prime Minister Narendra Modi tweeted: “She provided inspiring leadership to her nation and people. She personified dignity and decency in public life. Pained by her demise.”

The queen’s life was indelibly marked by the war. Princess Elizabeth, made her first public broadcast in 1940 when she was 14, sending a wartime message to children evacuated to the countryside or overseas.