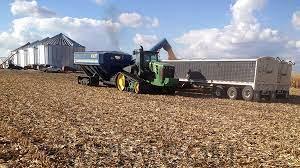 INDIANA — The Purdue University/CME Group Ag Economy Barometer farmer sentiment index rose 14 points in August to a reading of 117. The rise in the overall measure of agricultural producer sentiment was driven by increases in both the Index of Current Conditions, which rose 9 points to 118 and the Index of Future Expectations, which climbed 16 points to 116.

The Ag Economy Barometer is calculated each month from 400 U.S. agricultural producers’ responses to a telephone survey. This month’s survey was conducted Aug. 15-19, after The U.S. Department of Agriculture released both the August Crop Production and World Agricultural Supply and Demand Estimates reports.

“Producers in the August survey were less worried about their farm’s financial situation than in July, although they remain concerned about a possible cost/price squeeze,” said James Mintert, the barometer’s principal investigator and director of Purdue University’s Center for Commercial Agriculture.

This month, more producers indicated they’re expecting better financial performance for their farms in 2022 and the upcoming year, as the Farm Financial Performance Index improved 11 points to a reading of 99. Both corn and soybean prices rallied from their July lows into mid-August which, along with expectations for good yields, helped explain some of the improvement in financial performance expectations.

At the same time, there continues to be a tremendous amount of uncertainty among producers regarding the future cost of items they purchase both for their farms and family usage. When asked about their biggest concerns for the next year, over half (53%) of respondents chose higher input costs, followed by rising interest rates (14%), input availability (12%), and lower output prices (11%). On the farm level, there is a big disparity in opinions among farmers regarding whether input prices will retreat or escalate in 2023.

Approximately four out of 10 producers expect crop input prices in 2023 to be either unchanged or possibly decline by as much as 10%, compared to 2022. On the other hand, just over half of all producers expect input prices to rise from 1% to 20%. At the consumer level, nearly half (48%) of respondents said they expect the rate of inflation for consumer items during the next 12 months to be in the 0% to 6% range. Compared to previous barometer surveys, more producers this month said they expect inflation to be in the upper end of that range than those who felt that way earlier this year.

Producers continue to view now as a bad time to make large farm machinery and building investments. In a follow-up question, nearly half (49%) of those who said it is a bad time for investing cited increasing prices as the primary reason. The Farm Capital Investment Index remains near its record low, but was up 3 points to a reading of 39 in August.

To understand producers’ exposure to and experiences with companies offering payments for capturing carbon, this month’s survey asked respondents if they’ve engaged in these types of discussions and the payments being offered. In August, 9% of respondents said they have engaged in discussions with companies offering payments for carbon capture, the highest percentage of respondents since the question was first included in the survey. Of those who engaged in discussions, 75% said the payment rate per metric ton of carbon offered was less than $20, and just 1% said they have signed a carbon contract. Respondents who engaged in discussions and chose not to sign a contract were asked the minimum payment per acre they would accept to enroll their farm in a carbon capture program. Two-thirds of those respondents said the payment rate needed to be at least $30 per acre, suggesting that payment rates need to rise to encourage more participation in carbon capture programs.

Read the full Ag Economy Barometer report. The site also offers additional resources – such as past reports, charts, and survey methodology – and a form to sign up for monthly barometer email updates and webinars.

Each month, the Purdue Center for Commercial Agriculture provides a short video analysis of the barometer results. For even more information, check out the Purdue Commercial AgCast podcast. It includes a detailed breakdown of each month’s barometer, in addition to a discussion of recent agricultural news that affects farmers.

The Ag Economy Barometer, Index of Current Conditions, and Index of Future Expectations are available on the Bloomberg Terminal under the following ticker symbols: AGECBARO, AGECCURC, and AGECFTEX.

About the Purdue University Center for Commercial Agriculture