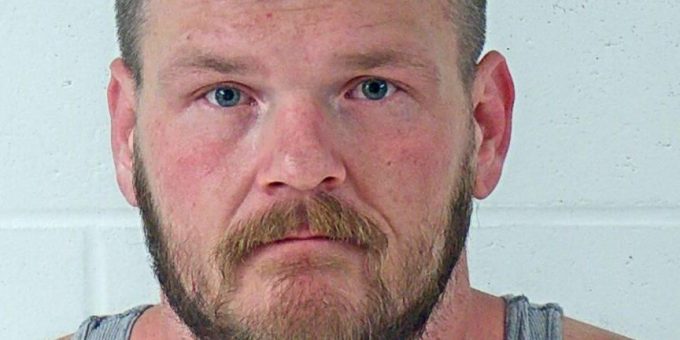 BEDFORD – A Bedford man told Bedford Police he was “a little high” when he stole items from Walmart.

Bedford Police were called to the store after 38-year-old Thomas Burton failed to pay for items he took from Walmart on June 27, 2022.

An asset protection investigator told police, that Burton and another man went to the store and entered the grocery entry.

Burton then used the cell phone machine and the two began shopping.

They shopped the sunglasses in the jewelry department and then headed into men’s apparel. Once finished making their selections, one of the men left the store while Burton went to the register.  Burton scanned three items properly. He then used a UPC code he had in his hand to scan the two bags of men’s undershirts. Continuing his transaction, two more items were scanned, and then he decided to start voiding items that had been scanned. One item voided was a pair of shorts he had just scanned, and the other two were the ticket-switched UPCs that he had scanned in place of the UPCs on the bags of men’s undershirts. He then bagged the items he did not scan. An employee then went to the register to collect the items Burton had voided. She was intimidated by him because he appeared to be under the influence and had a large knife on his side.

On June 30, 2022, officers spoke to Burton who said he was “a little high” during his visit to Walmart. Burton said he didn’t know he didn’t pay for some of the items. He then admitted he had switched out the tickets but attempted to stop when an employee approached him. He also admitted he put items in his bag that he had not paid for. Burton said the other man with him did nothing wrong and did not know he had stolen the items.

Burton then requested that he attempted to pay Walmart for the stolen items, but he was told by the officer that “Walmart normally will not allow that under the circumstances”.

The information was forwarded to the Lawrence County Prosecutor’s Office and a warrant was issued for Burton’s arrest.